Adwoa Safo can bring her son to Ghana for treatment – NPP MP - MyJoyOnline.com 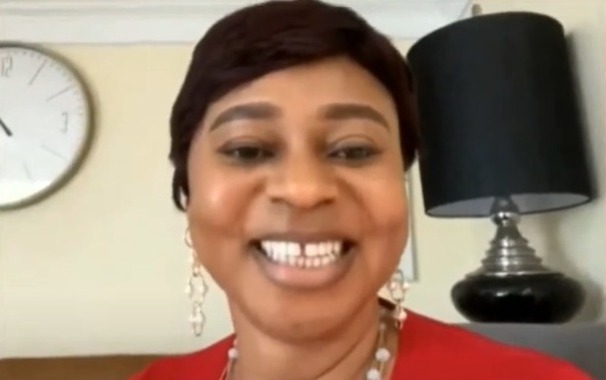 Mpraeso Member of Parliament (MP), Davis Opoku Ansah, has described as insulting, comments by Dome-Kwabenya MP, Sarah Adwoa Safo, that she will resume her duties as an MP and a Minister when her son is fit and healthy.

According to him, the medical condition of her son should not be the reason for her to abandon her duties for over five months.

Mr. Davis Opoku Ansah said although he was seriously sick, he had to forfeit medical care for parliamentary duties.

“For you to say that your son is sick is an unfortunate comment to make. If her son is sick, she can bring him to seek medical treatment in Ghana, or does she no longer trust Ghana’s hospitals? For me, I think Adwoa Safo has taken our party for granted and something must be done about it,” he fumed.

Madam Safo on Thursday said she will only resume her duties as an MP and a Minister when her son is fit and healthy.

In an exclusive interview on JoyNews’ The Pulse, the Gender Minister said currently, she is taking care of her unwell son in the United States and has to ensure all is settled before she returns to the country.

But speaking on Asempa FM’s Ekosii Sen, the MP cited his colleague, the Ahanta West MP, Ebenezer Kojo Kum, who was in Parliament to give the Majority side the numbers for the passage of the Electronic Transaction Levy (E-levy).

“I feel she is the cause of all the problems the Majority is having in parliament because at a point when we needed the numbers, an NPP MP was ready to come to parliament irrespective of his medical condition but if she was around, I’m not sure we would have had all these problems,” he lamented.

Earlier this year, the lawmaker came under fire for neglecting her Parliamentary duties amid speculations that she has vowed not to return until she is given a leadership role in the House.

Madam Safo was last seen in Parliament in December 2021 when she appeared in the House to dismiss claims by the Minority Caucus that she was impersonated.

According to the Bekwai MP, all avenues to get the absentee MP to return to the House have proven futile.

The governing New Patriotic Party (NPP) leadership has admitted that the Dome-Kwabenya MP’s absence has affected the party and government business.