The number of civilians killed in the long-running war in Afghanistan reached a record high in the first six months of this year, the UN says.

Some 1,692 fatalities were recorded, with militant attacks and suicide bombs said to be the leading causes of death.

The report comes as at at least seven people were killed in an attack on the rural development ministry in Kabul.

Recent attacks claimed by Taliban and Islamic State group militants have killed scores across the country.

The figures for the conflict, which began in 2001, are the highest since the UN started keeping records in 2009.

The report, by the United Nations Assistance Mission in Afghanistan (Unama), says the number of recorded deaths rose by 1% compared with the same period last year.

However, the report adds, injuries fell by 5% to 3,430, and the total number of civilian casualties – accounting for deaths and injuries – dropped by 3% to 5,122.

The record high death toll came despite an unprecedented ceasefire by Afghan security forces and the Taliban last month, which was largely respected by both sides, Unama said.

Earlier this month, Nato leaders gathered at a summit in Brussels to discuss the conflict in Afghanistan.

The US has said it is planning a strategic review a year after President Donald Trump agreed to remain involved in the 17-year conflict.

The US-led invasion drove the hardline Taliban from power in 2001, as part of a crackdown on Islamist militants after the 9/11 attacks in the US. 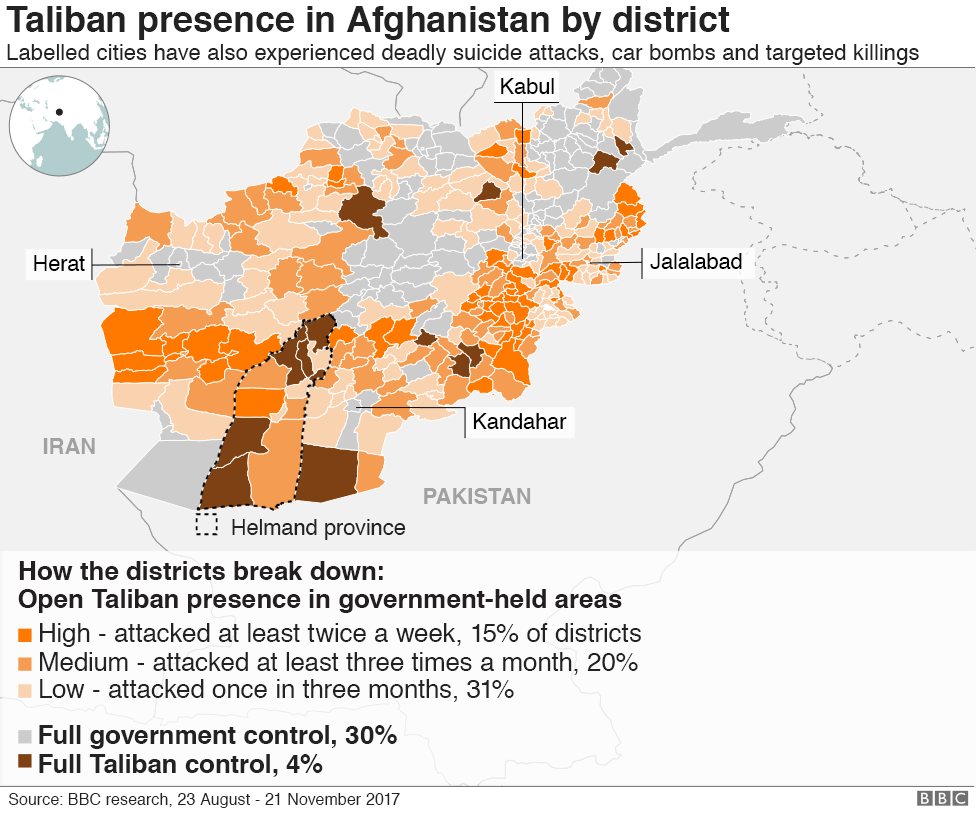 Thousands of Nato troops were deployed and a long, bloody conflict followed as the ousted militants fought back.

In 2014, Nato formally ended the combat mission, handing over to Afghan forces, whom it had trained.

Since then, the Taliban have made substantial territorial gains across the country.