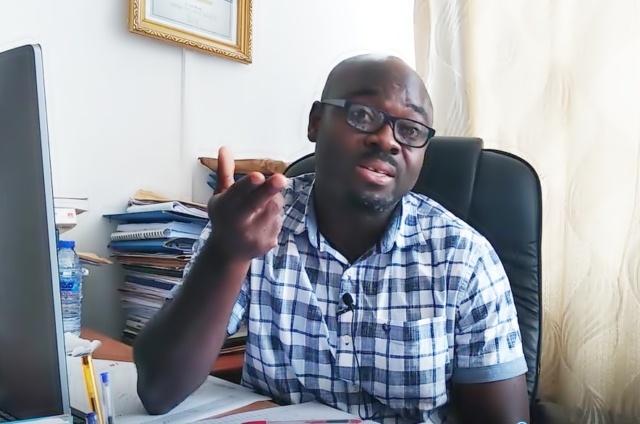 Economist and Finance Lecturer, Professor Lord Mensah is charging government to realign economic policies to ensure gains recorded from expansion of the economy have significant impact on the people as well as the country.

Ghana’s economy is now the 8th biggest in Africa with a size of about $72.4 billion, according to the World Bank.

However, some economists and market watchers believe the country should not be too excited until the growth impacts on job creation as well as infrastructural development, amongst others.

Professor Mensah who is with the University of Ghana Business School tells Joy Business the government must do more to ensure that the rate of economic growth reflects on the larger population.

“What it tells you is that holistically Ghana is the 8th biggest economy in Africa in terms of economic output, but then the question now is looking at the Ghanaian population, do we all contribute equally or almost equally to this economic output that we are measuring. This means that if we are not contributing equally then it tells you that there is inequality when it comes to economic contribution. It means that the growth of $72 billion is not descending to the people”.

“So usually, when you are measuring economic performance, we normally prefer using the Gross Domestic Product per capita that is a measure of the individual contributions to the economic output. We normally divide it by the population of the country. And as I said if we divide the $72.4 billion by the 30 million or 20 million working force that we have, are we going to get a significant number?”, he asked.

“If you ranked that and Ghana still falls in the 8th position then it tells you that we are doing well. But as we speak now if you ranked African countries by their GDP per capita, which is measuring the economic contribution per head of the economy, you will get to know that Ghana is nowhere closer to the top 10 African economies”, he further said.

Professor Mensah continued that though the economy has grown bigger over the years, there is the need to realign economic policies to influence livelihood, jobs, infrastructural growth, amongst others.

“We need to realign our policies – policies to ensure that these economic gains that we are recording – we can get individuals having equal share; then we can have very good economic measure that trickles to the people.”

Ghana’s placed 8th as the biggest economy in Africa, according to the World Bank’s latest report dubbed “African countries with the highest Gross Domestic Product over time”.

The report captured the total monetary or market value of all goods and services produced within an economy in 2020.

The country’s growth performance is a vast improvement compared to the year 2005 in which the nation was outside the bracket of the top 10 biggest economies in Africa.

With an economic size of $72.4 billion, Ghana has witnessed consistent expansion in its economy in the last 15 years, largely boosted by oil production which is now a critical sector of the economy.

“While the five highest spots on this ranking have been more or less constant over the last three decades, the rest of the top eight are subject to bigger fluctuations as our chart shows. Libya, for example, managed to come in sixth in 1990 and 2005, but dropped out of the top 8 and only made the 17th rank in 2020 the World Bank noted.

DISCLAIMER: The Views, Comments, Opinions, Contributions and Statements made by Readers and Contributors on this platform do not necessarily represent the views or policy of Multimedia Group Limited.
Tags:
GDP per capita
Professor Lord Mensah
World Bank