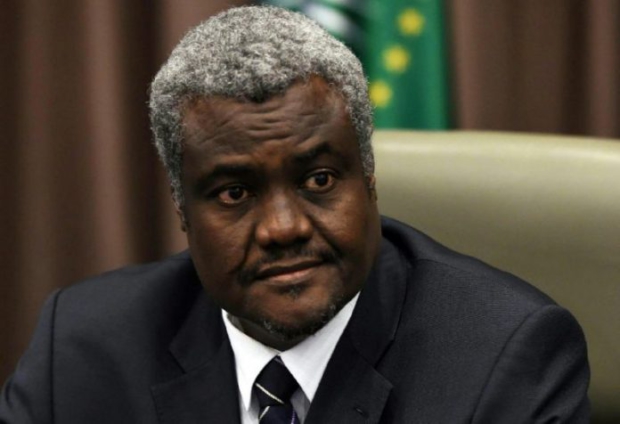 The chairperson of the African Union commission, Moussa Faki, has condemned US President Donald Trump’s decision to halt its funding of the World Health Organization in a tweet:

The USgovt decision to suspend funding to @WHO is deeply regrettable. Today more than ever,the world depends on WHO’s leadership to steer the global #Covid_19 pandemic response.Our collective responsibility to ensure WHO can fully carry out its mandate, has never been more urgent

Mr Faki called the move “deeply regrettable” and said “today more than ever, the world depends on WHO’s leadership” in response to the coronavirus pandemic.

BBC Africa health editor Anne Mawathe says the move will have a devastating impact in Africa, where the WHO has played an especially important role in the fight against malaria, TB and HIV in Africa.

The WHO often helps fill the funding gaps in Africa’s weak healthcare infrastructure, paying for much needed essentials, she says.

It is also playing a key role coordinating much of the coronavirus response in the continent, she says.

Mr Trump said on Tuesday that the WHO had “failed in its basic duty” in its response to coronavirus.

Mr Trump has accused the WHO of making deadly mistakes and overly trusting China.

“I am directing my administration to halt funding while a review is conducted to assess the World Health Organization’s role in severely mismanaging and covering up the spread of the coronavirus,” Mr Trump told reporters on Tuesday.

A White House statement on Wednesday said the agency had “failed” the US people.

He has been widely criticised for his decision.

DISCLAIMER: The Views, Comments, Opinions, Contributions and Statements made by Readers and Contributors on this platform do not necessarily represent the views or policy of Multimedia Group Limited.
Tags:
AU Commission
Trump
WHO