Africans in Guangzou spend second night on the streets - MyJoyOnline.com

Africans in Guangzou spend second night on the streets 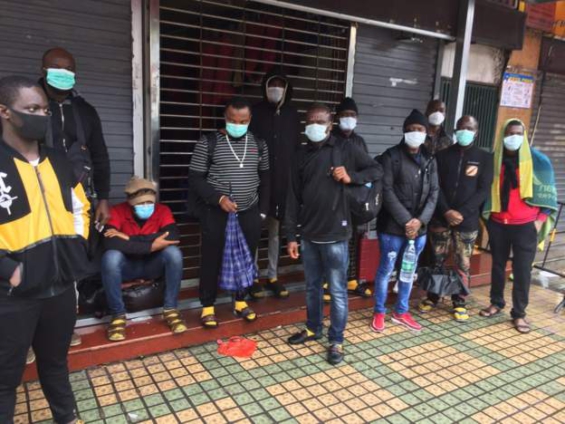 Scores of African students and businessmen remain on the streets of China’s southern city of Guangzhou for a second night following the mass eviction of African nationals from hotels and apartment blocks.

Online rumours that the coronavirus was spreading among the thousands of Africans in the city led to door-to-door testing, evictions and accusations of forced quarantine.

“We have no house, no food, no hotel,” one student from Nigeria told the BBC.

“There are up to 100 people still on the streets. People want to go back to our countries. I don’t know what the problem is with China. Everywhere that Africans live they are pushing us away.”

In an open letter penned by the All African Association of Guangzhou, community leaders called on the authorities to end the “the inhuman treatment, hatred, and outright discrimination of Africans that is currently going on in Guangzhou”.

“About 10 African community leaders in Guangzhou are technically under house arrest using the term quarantine. These actions are difficult to comprehend when you consider the fact that these are people whose official test results came back negative just one or two days ago.”

In a written statement, the Nigerian embassy in Beijing said the federal government was now prepared to evacuate its citizens from China.

Thousands of Africans have been stranded in Wuhan and nearby cities close to the original Covid-19 outbreak since late January. Wednesday saw the official lifting of the lockdown in Wuhan. But this does not apply to many international students who still remain confined to their apartments.

Guangzhou is home to one of China’s largest African communities and has become a hub for African traders buying and selling goods to the continent.