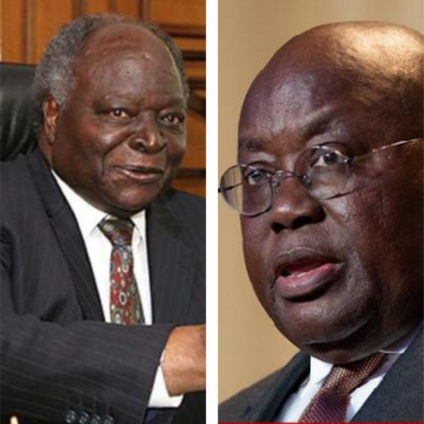 President Akufo-Addo has expressed his deepest condolence to the people of Kenya over the death of former President Mwai Kibaki.

Taking to Twitter on April 25, the President prayed for the eternal repose of Mwai Kibaki. He also announced the renewal of the cordial ties between Ghana and Kenya.

We take the occasion to renew the ties of friendship and bonds of cooperation that exist between the Ghanaian and Kenyan peoples. May his soul rest in perfect peace,” he wrote.

Mwai Kibaki died at the age of 90 years. Since his death, many leaders in Kenya have sent in their tributes.

He added that the late president “earned the abiding respect and affection” of all.

He will be given a state funeral with full military honours.

During Mwai Kibaki’s administration, Kenya gained a new constitution after it was overwhelmingly approved in a national referendum in 2010.

He is survived by four children.