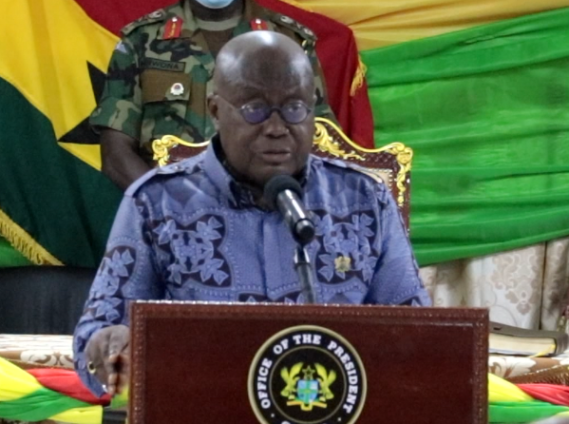 President Akufo-Addo has extended his well wishes to Alpha Conde and Alassane Ouattara, Presidents-elect of the Republic of Guinea and the Ivory Coast respectively.

In his congratulatory message to both presidents, Akufo-Addo urged them to “accelerate the process of dialogue and reconciliation amongst the key stakeholders of the political process in order to banish the spectre of potential instability.”

Warm congratulations to President Alpha Condé and the people of the Republic of Guinea. God bless him and the Guinean people, and best wishes for his and his country’s continued success. pic.twitter.com/BYxFHD06rh

Warm congratulations to President @AOuattara_PRCI and the people of Côte d’Ivoire. God bless him and the Ivorian people, and best wishes for his and the country’s continued success. pic.twitter.com/1jbfDEEZyR

Akufo-Addo’s message follows the very controversial circumstances under which the two presidents were elected to preside over their countries.

In Guinea, Alpha Conde’s 3rd-year bid was disputed by political opponents, following the ruling party’s claim that a constitution which was passed in March of this year had reset the President’s tenure of office to zero thus making him viable to run for office again under the new constitution.

They called the ruling party’s actions as “unconstitutional” amid several months of protests and boycotted the elections.

After several days of waiting, Alpha Condé’s victory in the first round of the 18 October presidential election was confirmed on Saturday, 7 November around 12:30 GMT by the Constitutional Court.

Ivory Coast’s Alassane Ouattara also under similar circumstance had been re-elected to power following the approval of a new constitution in 2016 which he claims allows him to restart his mandate.

About 35 people died during clashes between rival political parties in the run-up to the vote and on Election Day, officials said.