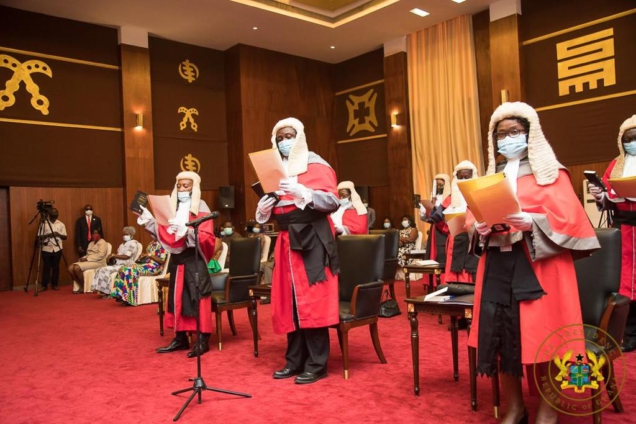 President Akufo-Addo has called upon the 16 newly inducted Judges of the High court to be transparent and effective in the discharge of their duties.

In his address, he stressed on the importance of the judicial system on the growth of the nation and emphasized the need for judges to uphold the integrity of the profession in order to command the respect of Ghanaians.

“The superior court of record is the focal point of justice delivery in our judicial structure, as much of our judicial work begins and ends there. It is therefore critical for the growth of our nation, that the high court commands the respect of the people by the quality of its justice as well as the comportment of its judge,” he said.

President Akufo Addo also asked the new judges, to exhibit honesty, integrity and in-depth knowledge of the law in the discharge of their duties

“It is essential that you demonstrate you are honest with integrity and of a sound knowledge of the law” he said.

The judges were ushered into office based on the recommendation by the Judicial Council.