President Nana Addo Danquah Akufo-Addo called on the Paramount Chief of Akwamuman, Odeneho Kwafo Akoto III at Akwamufie on Wednesday, August 5, as part of his tour in the Eastern Region.

The President was received by the Chiefs and Elders of Akwamu and ushered into the palace, where traditional prayers for himself, his family and his administration.

During the visit, the President conveyed his good wishes and was confident that his visit would mark the advent of cooperation between the Presidency and the Akawamu Paramouncy towards the facilitation of various projects for the region in education, tourism, heritage and agriculture.

Odeneho Kwafo Akoto III gave the President a personal tour of the Akwamu museum that houses artefacts such as the over 400 year-old ‘Mahony’ cloth and the original keys to the Christianborg Castle seized by Nana Asomani in 1693. 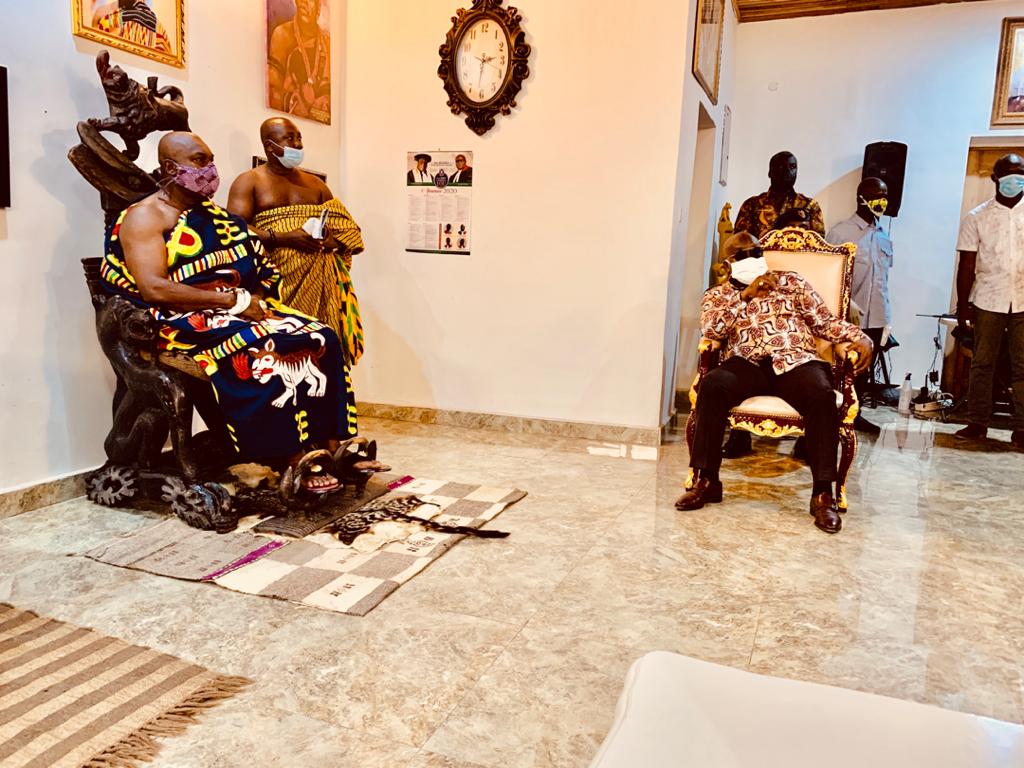 Akwamumanhene, also regaled the President with historical accounts of exploits and heritage of the people of Akwamu and thanked him for taking time out of his busy schedule to call on him and his kinsmen.

He expressed hope that the pledge to cooperate with the Stool to further development of the region will become a reality and proud legacy for both leaders.