Akufo-Addo will handover power to a duly elected President – Nitiwul 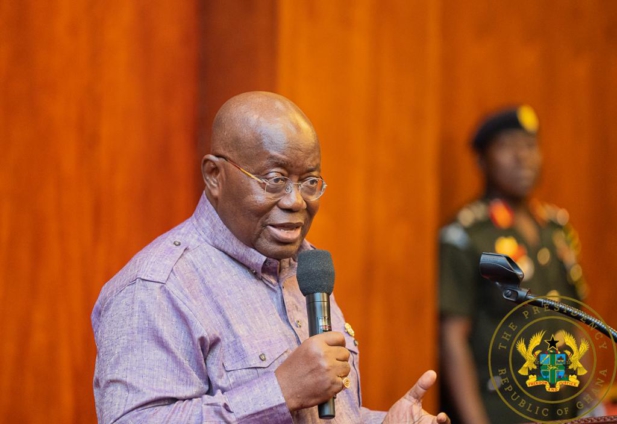 The Minister of Defence, Dominic Nitiwul, has given Ghanaians the assurance that President Nana Addo Dankwa Akufo-Addo will hand over power to a duly elected President on 7th January 2025.

Mr Niitiwul said this on Tuesday at a press conference in Parliament House in his reaction to an earlier press conference by the National Democratic Congress (NDC) Minority Caucus on the current state of insecurity in Ghana in the wake of the economic meltdown.

During the Minority press conference, Mr James Agalga, the Ranking Member for the Defence and Interior Committee of Parliament, noted that their attention had been drawn to an exposé by Mr Kelvin Taylor, a Ghanaian journalist based in the United States, which suggested the recruitment and training of mercenaries by Government operatives based at the Jubilee House to cause chaos and mayhem in the country and blame the political opposition.

The Minority Caucus, therefore, urged bilateral partners, the ECOWAS Secretariat, the African Union, the clergy and the National Peace Council to speak out in the defence of the sustenance of Ghana’s democracy before it was too late.

Mr Nitiwul, however, in his reaction, noted that no such thing had taken place and that the Government had not brought anybody into the Jubilee House, who was not a soldier, who was not a Police, or who was not into national security.

“We’ve not done such a thing since we came into power and we don’t intend to do it. No evidence of that nature,” he stated.

He urged Ghanaians to dismiss Mr Taylor’s allegations; declaring that Mr Taylor was engaging in yellow journalism and should, therefore, not be taken seriously.

Mr Nitiwul noted that Mr Taylor’s allegations was without substance.

“Let me state to you that this President will handover to the duly elected President of Ghana on the 7th of January, 2025,” Mr Nitiwul said.

“The people of Ghana will line-up on the 7th of December 2024 cast their votes, whoever emerges President will be swown-in on the 7th of January, 2025.”

He urged political parties to go out there and campaign, and win the hearts and soul of the people of Ghana; saying “that is my advice to them”.

Touching on recruitment into the Ghana Armed Forces, the Minister noted that it was based on merit; adding that promotions were also merit-based.

He noted that members of the Ghana Armed Forces were very credible and professional in their conduct at the UN Peacekeeping Mission.

DISCLAIMER: The Views, Comments, Opinions, Contributions and Statements made by Readers and Contributors on this platform do not necessarily represent the views or policy of Multimedia Group Limited.
Tags:
Defence Minister
Defence Ministry
Dominic Nitiwul
Parliament of Ghana
President Akufo-Addo