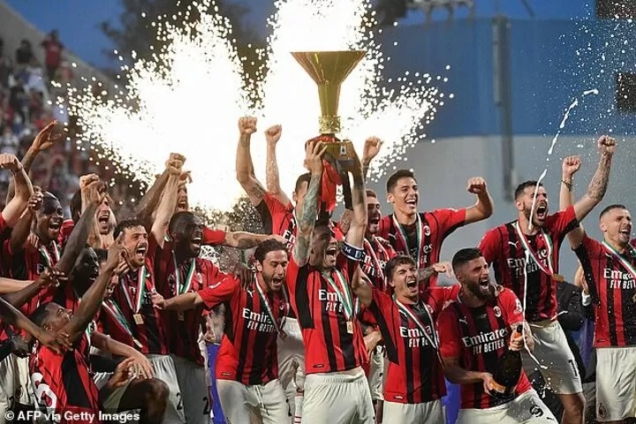 The deal values AC Milan, who were crowned Serie A champions for the first time in 11 years at the end of last month, at 1.2bn euros (£1bn).

RedBird own a stake in Fenway Sports Group, the owners of Liverpool and baseball team the Boston Red Sox.

Elliott, who took over the club from businessman Li Yonghong, will retain a minority stake and seats on the board.

Milan say the transition to new ownership will take place over the summer and that the deal will be completed no later than September.

“We are honoured to be a part of AC Milan’s illustrious history and are excited to play a role in the club’s next chapter as it returns to its rightful place at the very top of Italian, European and world football,” RedBird founder Gerry Cardinale said.

Elliott took over the seven-time European champions four years ago when Chinese businessman Li Yonghong failed to meet some obligations linked to a financing package for the purchase of the club from Silvio Berlusconi in 2017.

Elliott’s Gordon Singer added: “When Elliott acquired AC Milan in 2018, we inherited a club with a tremendous history, but with serious financial problems and a mediocre sporting performance.

“Our plan was simple: to create financial stability, and to return AC Milan to where it belongs in European football. Today, I believe we have accomplished both.”

DISCLAIMER: The Views, Comments, Opinions, Contributions and Statements made by Readers and Contributors on this platform do not necessarily represent the views or policy of Multimedia Group Limited.
Tags:
AC Milan
American investment firm
Elliott Advisors
RedBird