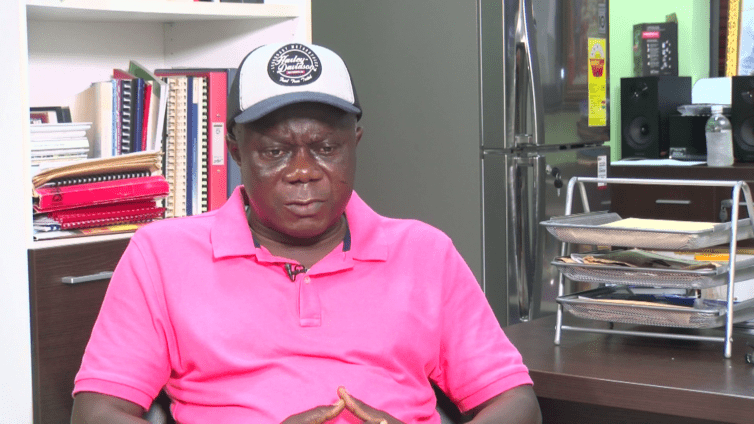 The Chairman of the Constitutional and Legal Affairs Committee of Parliament, Kwame Anyimadu Antwi has vehemently resisted the Minority’s claim that he has deliberately delayed the passage of the Promotion of Proper Human Sexual Rights and Ghanaian Family Values Bill 2021.

He explained that contrary to claims that the passage of the Bill has delayed, the Committee has currently completed the public hearing and will proceed with the clause by clause consideration of the Bill and submit its report to the plenary.

Speaking on Top Story, Wednesday, Kwame Anyimadu Antwi noted that the Minority cannot blame him for doing his job in the right manner.

“I am disappointed in the words that Honourable Muntaka is putting up there. He was the Chairman of the Health Committee and when a bill was referred to him, no leader interfered in his work…We had actually completed with the public hearing, that is done.

“Now we would finish with the in-camera meeting and move to the clause by clause consideration of the Bill after which we would submit our report to the plenary… he would not fault me for doing my job correctly, he cannot fault me,” he stated.

Responding to the Minority’s claim that the Committee has breached the three months deadline provided in Article 106 (14) and Standing Orders 136 for committees to work on a bill, Mr. Anyimadu Antwi said the Minority’s argument is inapt since the Bill was not introduced by the President.

Kwame Anyimadu Antwi contended that the Minority will not put him under pressure to hurriedly pass a bill of such sensitive nature.

“What he is saying, Honourable Muntaka is wrong. Article 106 (14) says a bill introduced in Parliament by or on behalf of the President shall not be delayed for more than three months in any committee of Parliament. Which President introduced this bill that he is talking about?

“I will act within the law…I will not be put under pressure and I cannot be forced to do what I am not supposed to do…we have to take our time to pass a law that will stand the test of time not what Honourable Muntaka wants to see, I will not succumb to his pressure,” he told Evans Mensah.

The Minority in Parliament on Wednesday threatened to block the introduction of any bill by the Executive if the Chairman of the Constitutional and Legal Affairs Committee, Kwame Ayimadu Antwi continues to delay the passage of the Anti-LGBT Bill.

Minority Chief Whip Muntaka Mubarak accused the Chairman of deliberately delaying the passage of the Anti –LGBTQI Bill therefore, the Minority Group will continue to oppose any bill brough before the House by the Executive.

Mr. Muntaka Mubarak argued that the Chairman ought to have used the right channels for the passage of the Bill.

“I can assure that any other bill that will be introduced in the House, we shall resist it, even if it is to provide water, we will resist it,” said the Minority Chief Whip, Muntaka Mubarak.