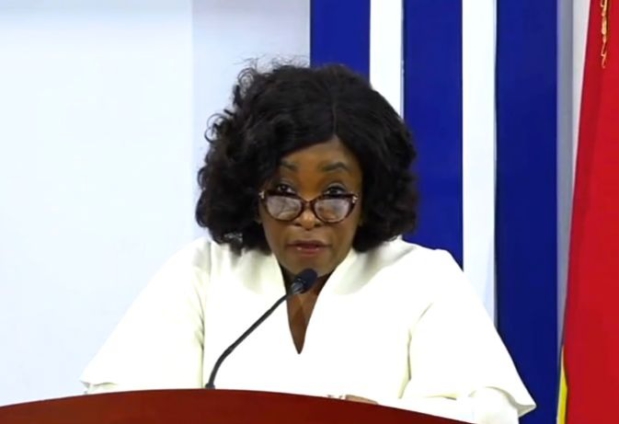 A Presidential staffer under the erstwhile Mahama administration, Stan Xoese Dogbe has called for the immediate resignation of Foreign Minister, Shirley Ayorkor Botchway.

Stan Dogbe’s call for the Foreign Minister’s resignation is premised on her failure to engage and negotiate with the Russian government to secure Sputnik V vaccines for the country as other countries had successfully done.

In a Facebook post, Stan Dogbe stated that the “Ministry of Health’s response to the reported fraud in the procurement of Sputnik V vaccines reveals a very disappointing and image-denting development for Ghana.”

He said, “What we are being told in paragraph 4, is that, the government of Nana Akufo-Addo, himself a former Foreign Minister, Ghana’s international relations and positioning is totally weak.”

“And for me, if indeed what the government is telling us is true, then I want to call for the immediate resignation of the Minister for Foreign Affairs, Shirley Ayorkor Botchway.

“She has failed in her role, for failing to hold high our relations with the Russian Government, and not able to engage and negotiate as other countries have done, with Russia to buy the Sputnik V vaccines. Ayorkor must resign,”” he added.

This comes on the back of the Ministry of Health’s report detailing how the government bought Sputnik V vaccines at $19 per dose, instead of the $10 per dose market price, from middlemen with questionable characters.

According to the Ministry, the $19 price is as a result of government’s direct negotiation with a businessman rather than seeking to obtain the vaccines on a government to government basis which is cheaper yet difficult to pull through.

The Ministry said after weeks of failing to get the vaccine directly from direct channels, it received an offer from businessman Sheikh Ahmed Dalmook Al Maktoum and proceeded to place an order for 300,000 doses at a cost of $5.7 million.

Their revelation followed an expose by Norwegian newspaper, VG which revealed that the government of Ghana, Guyana, and Pakistan etc. had been dealing with two persons of dubious character to access vaccines at a cost higher than the global competitive price at $10.

One of the intermediaries negotiating the deal is wanted by Norwegian Police for alleged financial crimes, the paper reported.