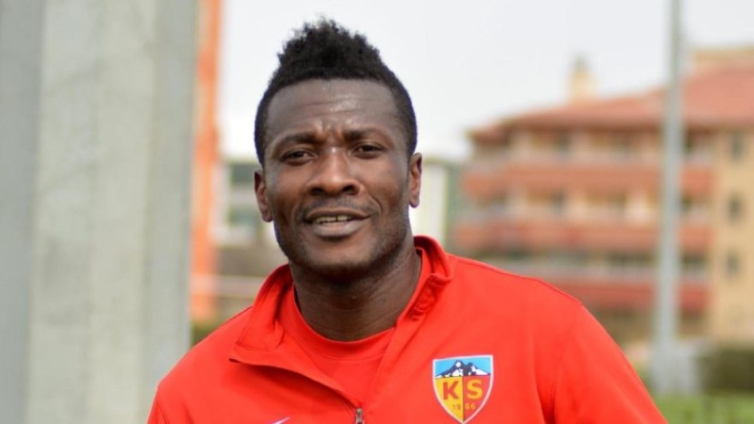 Former Black Stars player Asamoah Gyan has dismissed reports that his BabyJet Airlines would be relocating its headquarters to Cote d’Ivoire.

In a press release, Gyan stated that the airline has neither considered nor taken any decision to relocate its operational HQ outside Ghana.

He stated that “the Management of BabyJet Airlines still believes in operationalising its services in Ghana.”

There had been reports that the former Black Stars captain has planned to move the office of his BabyJet Airlines to neighbouring Cote D’Ivoire because of the bureaucracy involved in establishing the company in Ghana.

The footballer, reports stated, was not enthused about the delay in operationalizing the airline.

But, Gyan in reacting to the reports described them as false.

“The Can-Do spirit that has always defined Asamoah Gyan, will ensure that together with his Management Team, the smooth operation of the BabyJet Airline with its HQ in Ghana kicks off shortly,” he added.

BabyJet Airlines was founded in 2017 by Asamoah Gyan. President Akufo-Addo in October 2017 announced that Gyan had been granted a license to operate an airline, which will carry his nickname.

To operate an airline in Ghana, an Air Carrier License ( ACL) and an Air Operators Certificate (AOC) issued by the regulator of the Aviation industry, Ghana Civil Aviation Authority (GCAA) are required.

The football ace’s company was granted an Air Carrier License (ACL) by the Ghana Civil Aviation Authority (GCAA) in 2017 and was expected to work towards its Air Operators Certificate (AOC) that will enable Baby Jet Airlines to take to the skies.

The management promised to commence operation in February 2019, then later in December 2019.

However, despite multiple announced dates the airline is yet to start operations.