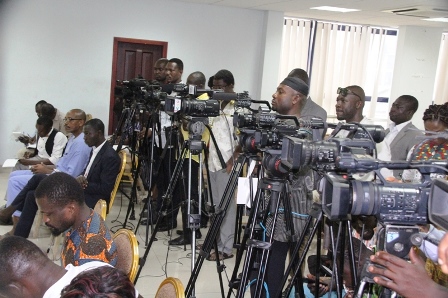 The Media Foundation for West Africa (MFWA) has advised the media to help reduce the tension in the country after the December polls.

“Ghanaians have relied on the media for information and education about the electoral process, voting process, collation and declaration of results.

“Through their actions, the media can either help calm or amplify the tension in the country,” the Foundation stated.

The MFWA is the latest to join several organisations and bodies that have called for peace and tolerance in the country after the just-ended general elections.

In a statement issued Monday, the MFWA applauded the media for playing a crucial role in the 2020 electioneering process despite the scattered cases of violence and misconduct recorded in parts of the country.

Although the elections were conducted peacefully, the Foundation stressed the need for all stakeholders to continue to play a critical role in maintaining peace and stability in the country.

“As the main source of information for the people, the media’s role in these critical times of tension is crucial than ever before.

“Media organisations and journalists need to recognise that their actions and inactions have the greatest potential of contributing to either the peace or instability of the country in these trying times.”

The country has seen protests and demonstrations in Techiman, Ashaiman and Tamale over alleged rigging of elections by the Electoral Commission.

According to the Techiman Police, 2 deaths and 4 injured persons have been recorded as a result of a scuffle during the elections.

DISCLAIMER: The Views, Comments, Opinions, Contributions and Statements made by Readers and Contributors on this platform do not necessarily represent the views or policy of Multimedia Group Limited.
Tags:
Media Foundation for West Africa