Bill Gates: Bitcoin not for me, says ex-Microsoft chief 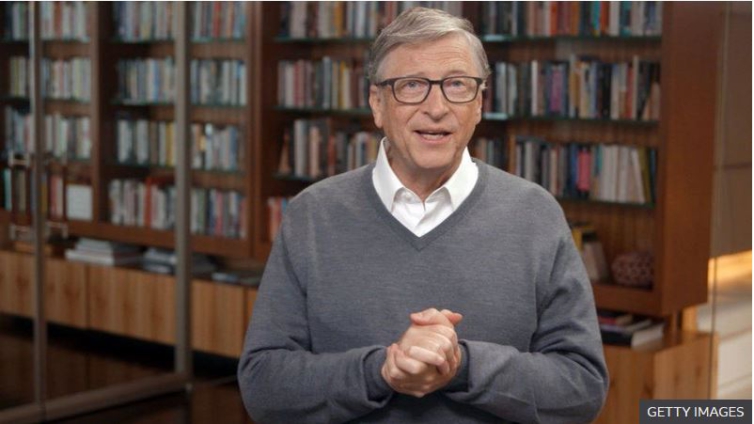 Microsoft founder Bill Gates has not invested in Bitcoin, he said in a live chat on the social network Clubhouse.

Mr Gates told host Andrew Sorkin that he preferred to invest in companies “that make products”, citing malaria and measles vaccines as examples.

The billionaire said he did not choose his investments on the basis of whether they would be worth more to others.

In an earlier interview he had discussed Tesla founder Elon Musk’s enthusiasm for the virtual currency.

“My general thought would be that if you have less money than Elon, you should probably watch out,” he told Bloomberg.

“Elon has tonnes of money and he’s very sophisticated, so I don’t worry that his Bitcoin will sort of randomly go up or down.”

Bitcoin’s value jumped nearly 50% after Tesla revealed it had purchased $1.5bn of the currency and planned to accept it as payment, but it later dropped by 20%.

US Treasury Secretary Janet Yellen has described the currency as an “extremely inefficient way of conducting transactions”.

Bill Gates has long been sceptical about Bitcoin. In 2018 he said in an interview with CNBC that he would “short” it if he could. Short-selling, or shorting, refers to the practice of borrowing something (traditionally shares), selling them, waiting for the price to drop and then buying them back cheaper and returning them.

DISCLAIMER: The Views, Comments, Opinions, Contributions and Statements made by Readers and Contributors on this platform do not necessarily represent the views or policy of Multimedia Group Limited.
Tags:
Bill Gate
Bitcoin