Black Sherif is the voice of African youth – Akon 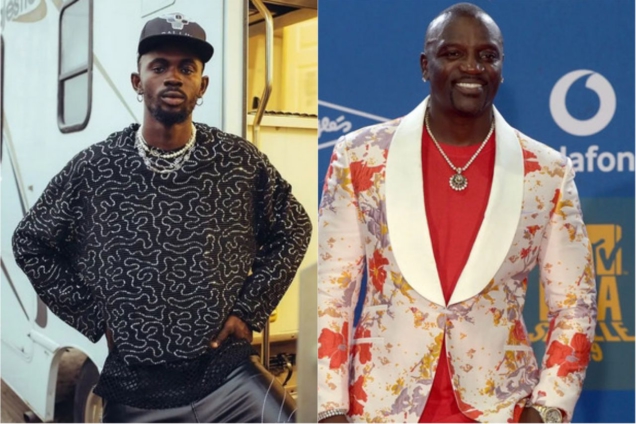 More global legends are spotting the talent in the Ghanaian superstar Black Sherif.

American musician, Akon is the latest to join the tall list of celebrities finding life in the Konongo-born artiste’s craft.

The business mogul said he was sold from the first time he was put on Blacko’s sound by his Malian friend.

The ‘Lonely’ crooner was speaking on BBC Radio 1Xtra.

From the jump, the pain, hunger and struggle he felt in Black Sherif’s voice left with no doubt that Black Sherif is on to something epic.

The Senegalese-American singer and songwriter says he has been a fan ever since and may end up signing the 20-year-old singer if need be.

Love that @Akon is a huge fan of @blacksherif_ 🤩

“I’m a huge fan of Black Sherif, he reminded me of the energy of myself when I first came out, you could literally hear the pain, the struggle and the challenges in his voice whenever he sings.”

For him, Blacko’s message is one that depicts the desperation to succeed among the younger generation on the African continent.

“He is currently the voice of the youth in Africa,” he added.

Black Sherif recently held his debut concert in the United Kingdom followed by a performance at the 2020 MOBO Awards which has been widely received as a riveting one.

He was adjudged the 2022 Artiste of the Year at the Ghana Music Awards UK.

He has collaborations with Burna Boy, Stormzy, and Sarkodie among other big wigs in the music scene.

Blacko’s album, The Villain I Never Was has also won public praise for its versatility, drive and intricate message.

DISCLAIMER: The Views, Comments, Opinions, Contributions and Statements made by Readers and Contributors on this platform do not necessarily represent the views or policy of Multimedia Group Limited.
Tags:
Africa
Akon
Black Sherif
Youth