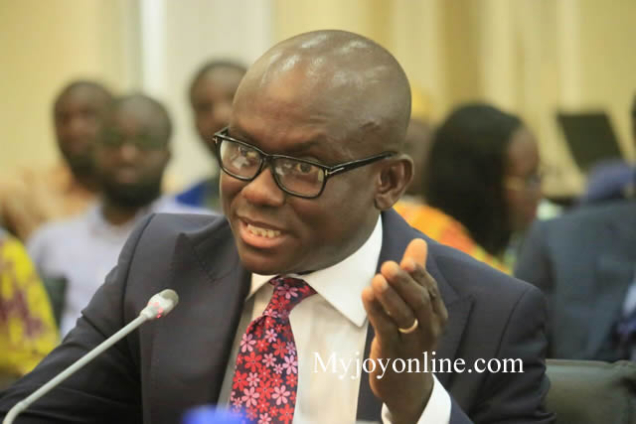 Speaker of Parliament, Alban Kingsford Sumana Bagbin has been entreated to order the presence of Attorney General, Godfred Yeboah Dame, in the House to explain the extreme measures implemented by government to combat illegal mining.

Minority leader, Haruna Iddrisu in addressing the floor of the House, Friday, May 28, said in his capacity as the principal legal advisor to the government, Mr Dame must be summoned in accordance with Article 88 to explain the stance taken by President Akufo-Addo in defending the burning of excavators.

“We will want to summon the Attorney General in accordance with Article 88 of the constitution as the Principal Legal Advisor to the government on why the President should not be held in check for being in breach of the laws of Ghana. Some material evidence must be provided that burning excavators is sanctioned by the laws of Ghana and I wait to see that law.

“Extra Judicial Power is never vested in the President. So the Attorney General will be brought before this House to uphold the constitution and the laws of Ghana and to hold himself accountable to the laws of Ghana,” he said.

President Akufo-Addo on Wednesday, May 26, recommended the court of law to persons who have opined that actions by the Operation Halt team contravened the laws of the land.

“The equipment, which is being used for an illegal or criminal purpose, cannot confer on the owner or any other person any rights whatsoever,” the President added.

But according to the Tamale South MP, there is no law found in the constitution that supports the burning of excavators, hence the incumbent is engaged in an illegality.

Some members of the Minority have explained that the actions taken by the Akufo-Addo-led administration are nothing to write home about since it suggests mob justice as the ideal way to rid the country of “galamsey” operations.

The Tamale North MP, Alhassan Suhuyini, stated that Article 995 of the constitution does not prescribe the burning of excavators as what should be done to confiscated equipment and machinery used in illegal mining.

For him, accessing documents from the Driver and Vehicle Licensing Authority (DVLA), to penalize culprits found mining in water bodies and forest reserves, would be the best alternative to address this challenge.

But sharing similar a position as the President, Majority leader Osei Kyei-Mensah-Bonsu has stated that seeking redress at the courts is the best alternative for critics against the tactics employed by government in the “galamsey” fight.

DISCLAIMER: The Views, Comments, Opinions, Contributions and Statements made by Readers and Contributors on this platform do not necessarily represent the views or policy of Multimedia Group Limited.
Tags:
Attorney General
Godfred Dame
Haruna Iddrisu
Minority Leader