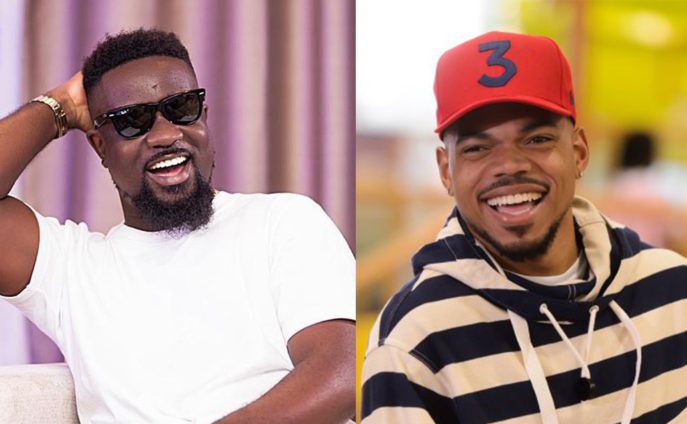 It’s a date! Two award-winning musicians in their respective jurisdictions, Chance The Rapper and Sarkodie, seem to be planning a rendezvous.

Social media has been anticipating this meet-up since the rapper touched down in Ghana over a week ago.

Chance has already been seen with M.anifest in the company of fellow American compatriot Vic Mensa.

But on Sunday, Chance, known in real life as Chancelor Johnathan Bennett, got social media talking when he tweeted his final wish as his visit to the country draws to a close.

Though Chance had already been having the time of his life in Ghana, he feels an interaction with the ‘Non-living Thing’ singer will be the icing on his cake.

“I’ve done everything in Ghana except meet @sarkodie,” he tweeted.

I’ve done everything in Ghana except meet @sarkodie

Some hours later, Sarkodie has responded to this post.

He says he is looking forward to meeting the ‘Cocoa Butter Kisses’ singer as soon as possible.

We linking up before you get on that ✈️ https://t.co/gIY5ICVz5E

Sarkodie tweeted, “We linking up before you get on that ✈️.”

From the interaction, it is clear that the duo will be together at some point in time.

However, fans are already upbeat about a possible collaboration on a song.

Im legit curious as to what a collabo between them would sound like. https://t.co/vtl1fmUWuZ

Hopefully this year Sarkodie gonna bring the Grammy home cos Sarkodie ft Chance The Rapper gonna be Sarkodie’s chance to win us the Grammy.

Sarkodie is the benchmark in Africa so I’m not surprised Chance the Rapper wants to meet with the king.