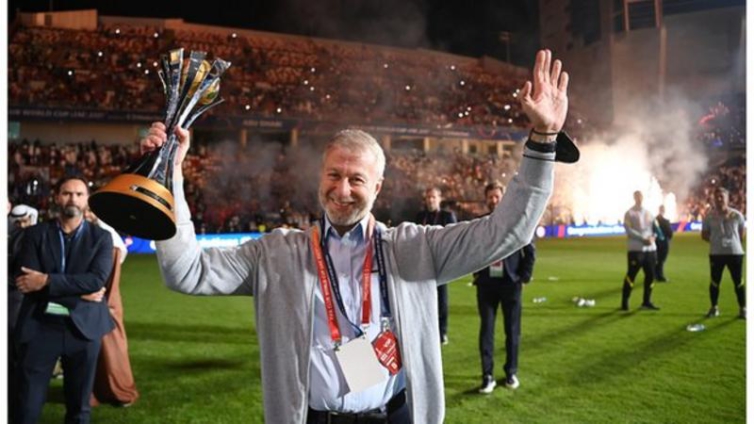 The trustees of Chelsea’s charitable foundation have not yet agreed to take control of the club, BBC Sport has learned.

On Saturday, Chelsea’s Russian owner Roman Abramovich announced he was handing them “the stewardship and care” of the club.

The billionaire, who would remain the club’s owner, made the move amid Russia’s invasion of Ukraine.

Members of the charitable foundation met on Sunday to discuss the situation.

But some have concerns over whether Charity Commission rules would allow them to run the club, and the foundation’s lawyers are now exploring what can be done.

There are also understood to be some members of the foundation concerned about their legal liability if they agree to take on responsibility for running the club.

The announcement from Abramovich was made on the eve of Chelsea’s Carabao Cup final against Liverpool at Wembley.

“I have always taken decisions with the club’s best interest at heart,” Abramovich said on Saturday.

“I remain committed to these values. That is why I am today giving trustees of Chelsea’s charitable Foundation the stewardship and care of Chelsea FC.

“I believe that currently they are in the best position to look after the interests of the club, players, staff, and fans.”

Following Abramovich’s statement, which did not reference the invasion of Ukraine, Chelsea released another statement on Sunday which said the situation was “horrific and devastating”.

“Chelsea FC’s thoughts are with everyone in Ukraine. Everyone at the club is praying for peace,” said the west London club.

The Chelsea Supporters’ Trust said it was “seeking urgent clarification” on what Abramovich’s statement on Saturday means for the running of the club.

It is not known yet if Abramovich will be sanctioned as part of the UK Government’s measures against Russia.

BBC Sport understands Chelsea are not for sale, and the £1.5bn loan their owner gave to the club is not being called in.

Abramovich is one of Russia’s richest people and is believed to be close to Russian President Vladimir Putin.

The Chelsea Foundation runs the club’s community and education departments as well as other charitable activities. Its chairman is US lawyer Bruce Buck, who is also chairman of the club as a whole.

During Abramovich’s time at Chelsea, the club have won the Champions League twice, both the Premier League and FA Cup five times, the Europa League twice and the League Cup three times.

Earlier in the week, Labour’s Chris Bryant told MPs he had a leaked Home Office document that suggested Abramovich should not be able to base himself in the UK. He said the government should remove his ownership of Chelsea FC and seize his assets.

On Sunday, Bryant tweeted: “Unless and until he condemns the criminal invasion of Ukraine I will continue to call for the UK to sanction him and seize/freeze assets.”

Downing Street would not be drawn on the claims about Abramovich made in the House of Commons.

The Chelsea Supporters’ Trust said it was “ready to work with the trustees of the Chelsea Foundation in order to ensure the long-term interests of the club and supporters”.

It added: “We stand with the people of Ukraine.”