Climate-related health emergencies on the rise in Africa - WHO reveals - MyJoyOnline.com

Climate-related health emergencies on the rise in Africa – WHO reveals 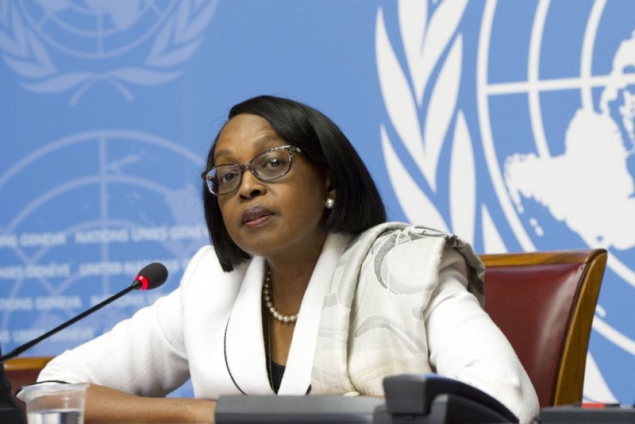 Dr Matshidiso Moeti, the WHO Regional Director for Africa

The World Health Organisation (WHO) has revealed that climate-related health emergencies are on the rise in Africa, accounting for more than half of public health events recorded in the Region over the past two decades.

A new analysis by the international body found that of the 2,121 public health events recorded in the African region between 2001 and 2021, 56% were climate-related.

The Region is witnessing an increase in climate-linked emergencies, with 25% more climate-related events recorded between 2011 and 2021 compared with the previous decade.

On the commemoration of the ‘World Health Day’ on April 7, the WHO has called on governments to, among other recommendations, prioritise human well-being in all key decisions, stop new fossil fuel explorations and subsidies, tax polluters and implement WHO air quality guidelines.

“Climate change is one of the greatest threats to humanity. The entire foundation of good health is in jeopardy with increasingly severe climatic events.

“In Africa, frequent floods, water- and vector-borne diseases are deepening health crises. Although the continent contributes the least to global warming, it bears the full consequences,” WHO Regional Director for Africa, Dr Matshidiso Moeti, said.

The WHO analysis found that water-borne diseases accounted for 40% of the climate-related health emergencies over the past two decades.

In Africa, diarrhoeal diseases are the third leading cause of disease and death in under 5 children.

A significant proportion of these deaths is preventable through safe drinking water, adequate sanitation and hygiene.

The analysis also showed that vector-borne diseases, notably yellow fever, accounted for 28% of the climate-related health emergencies, while zoonotic diseases, specifically Congo-Crimean haemorrhagic fever, were the third most prevalent.

Congo-Crimean haemorrhagic fever is a viral disease transmitted to people from ticks and livestock and has an outbreak fatality rate of up to 40%.

Floods were the most frequent event, accounting for 33% of all the reported natural disasters.

Africa is also grappling with other significant health impacts linked to climatic shocks including malnutrition and hunger due to adverse weather on agricultural production, long-term health and development challenges in children, as well as other infectious diseases such as malaria.

In Africa, climate change is likely to expand the range of malaria high-risk zones, according to a report by the Netherlands-based Global Centre on Adaptation.

The World Health Day is being marked under the theme, “Our Planet, Our Health.”