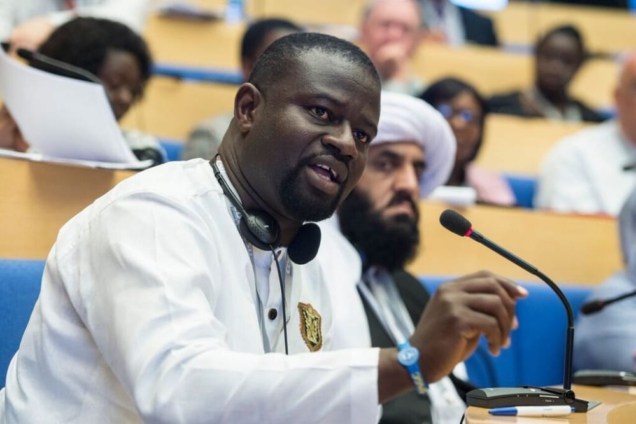 The Majority Chief Whip, Frank Annoh-Dompreh, has urged former President John Mahama to appreciate the Akufo-Addo-led government for managing the economy despite the global economic and health challenges.

He says Mr Mahama’s recent call for government to seek IMF support is unfortunate, adding that he should be the last person to criticize the current administration over economic hardships.

According to the Nsawam-Adoagyiri lawmaker, the former President could not save the country’s economy even at a time when there was no global crisis.

“Fair observation but sir, under your watch, you even run to the IMF for policy credibility, even without this novel global economic challenge and Covid-19,” he tweeted on Thursday, June 30.

Fair observation but, sir under your watch,you even run to the IMF for policy credibility, even without this novel global economic challenge & Covid-19..
Clearly you cannot commend the NPP for political reasons but, within your heart, you know the TRUTH .

His reaction comes after Mr. Mahama said the government has underperformed, despite its promise to deliver a smooth economy.

Speaking at the launch of the Think Progress Ghana think tank on Thursday, the former President urged government to seek support from the International Monetary Fund (IMF) to enhance the country’s economic fortunes.

“Due to the nature and depth of our economic problems, this government virtually has no other sustainable option.

“That is one of the things this government lacks. They don’t have fiscal discipline and that is why they are even afraid to go into an IMF programme,” the former President remarked.

But Frank Annoh-Dompreh says the NDC leader is failing to commend the government to score political points.

“Clearly, you [John Mahama] cannot commend the NPP for political reason but, within your heart, you know the truth,” he noted.