Commonwealth Parliamentary Conference: 4 MPs attending must speak the minds of majority of Ghanaians at the forum – Dafeamekpor 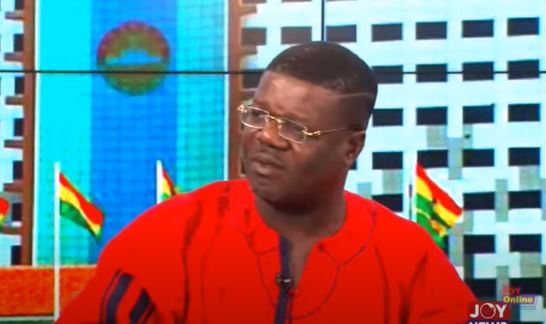 The Member of Parliament for South Dayi, Rockson-Nelson Dafeamekpor, has urged the leaders of Parliament’s Constitutional and Legal Affairs Committee to represent strongly the views of the Ghanaian majority on LGBT+ issues at the Commonwealth Parliamentary Association Conference in the United Kingdom.

The 3-day event which began on Monday, June 13 and would end Wednesday, June 15, is expected to address a number of human rights issues among which the controversial Promotion of Proper Human Sexual Rights and Ghanaian Family Values Bill (Anti-LGBTQ bill) will be key.

Speaking on JoyNews’ PM Express, Mr. Dafeamekpor who is also a sponsor of the Anti-LGBT+ bill said the 4 MPs in attendance; the Chairman of the Committee, his Vice, the Ranking Member and his Deputy, should be ambassadors of the country.

“They must carry the hearts and the mind of this country at that forum. They have to speak the mind of the majority of Ghanaians on this matter. If they say anything otherwise, then we’ll have problems with them. And so it’s as simple as that,” he said.

Meanwhile, the Minority has been accusing the Chairman of the Committee, Mr Anyimadu-Antwi of deliberately delaying the passage of the Bill.

The Chairman has, however, resisted such accusations.

He has explained that the Committee has completed the public hearing and will proceed with the clause-by-clause consideration of the Bill and submit its report to the plenary.

Speaking on Joy FM’s Top Story on Wednesday, he said the Minority cannot blame him for doing his job in the right manner.

“I am disappointed in the words that Honourable Muntaka is putting up there. He was the Chairman of the Health Committee and when a bill was referred to him, no leader interfered in his work…We had actually completed with the public hearing, that is done.

“Now we would finish with the in-camera meeting and move to the clause by clause consideration of the Bill after which we would submit our report to the plenary… he would not fault me for doing my job correctly, he cannot fault me,” he stated.

DISCLAIMER: The Views, Comments, Opinions, Contributions and Statements made by Readers and Contributors on this platform do not necessarily represent the views or policy of Multimedia Group Limited.
Tags:
Commonwealth Parliamentary Association conference
Rockson-Nelson Dafeamekpor