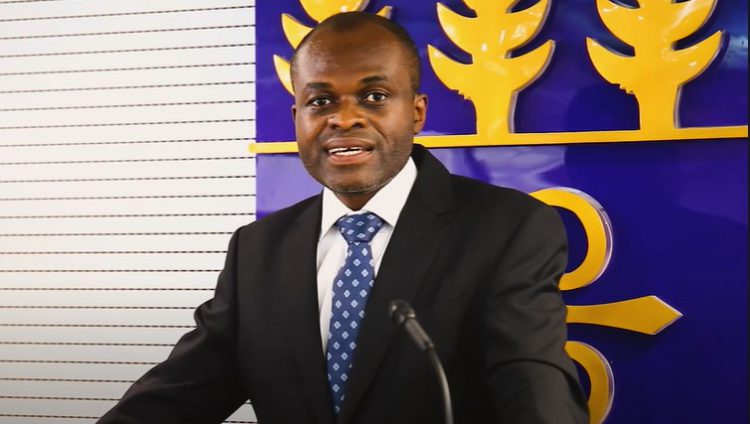 According to him, the ongoing motion of censure proceedings in Parliament has thrown into the limelight some of the many flaws of the 1992 Constitution which must be reviewed as soon as possible to prevent future constitutional crises.

His comments were based on assertions by Dr. Amoako Baah, a Political Science Lecturer at the Kwame Nkrumah University of Science and Technology, that the country might just be headed for a constitutional crisis should the President continue to remain entrenched in his resolve not to sack the Finance Minister even after he has been censured.

Article 82 Clause 5 of the 1992 Constitution states that “Where a vote of censure is passed against a Minister under this article the President may, unless the Minister resigns his office, revoke his appointment as a Minister.”

According to Dr. Baah, the use of “may” instead of “shall” does not obligate the President to heed the counsel of Parliament in the matter and thus the President through his refusal to remove his Minister will create a constitutional crisis.

“I’ve said this several times for a long time, six years now. Now we’re beginning to see. Everywhere you look in the constitution there is a problem so now we’re heading towards almost like a constitutional crisis. They vote for censure and he doesn’t resign and the President does not remove him, what happens?” he said.

Agreeing with Dr. Amoako Baah, Martin Kpebu added that with the constitution demonstrably not fit for purpose, it is only right that it be reviewed extensively and as soon as possible.

According to him, he is hoping that in the upcoming 2024 Presidential elections, candidates will couch their campaign messages around the need for a constitutional review.

“So for the next government coming and even assuming President Akufo-Addo doesn’t leave as we’re calling on him to leave with Bawumia and so we have to wait till 2024. I can see that constitutional review is going to take front and centre of the election. It’s going to be front and centre.

“A candidate to be able to win massively will have to promise us a quick constitutional review. We’ve seen that this constitution is no longer fit for purpose, we have to redesign it, cut down the powers of the executive President, make sure that parliamentarians will remain parliamentarians –they can’t be that cross breed, so to speak.

“Ministers will be ministers, we will no longer want parliamentarians to be ministers at the same time, no, we’ve learnt hard lessons from that. So you see that across the table we all agree that this constitution is now such a big problem, it’s an albatross on our neck and we need to fix it,” he said.

DISCLAIMER: The Views, Comments, Opinions, Contributions and Statements made by Readers and Contributors on this platform do not necessarily represent the views or policy of Multimedia Group Limited.
Tags:
1992 Constitution
Martin Kpebu