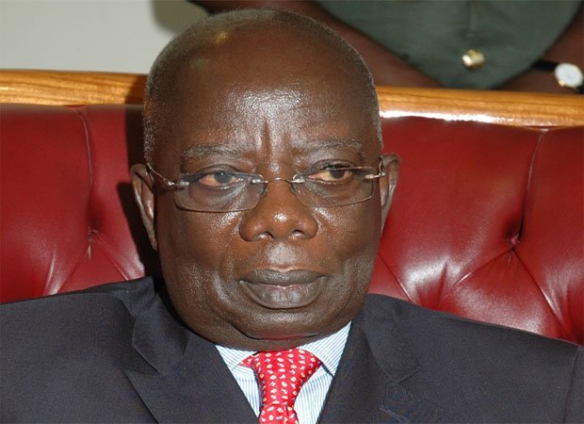 A former Chief of Staff under the John Agyekum Kufuor-led government, Kwadwo Mpiani, has called on President Akufo-Addo to consult in order to identify the reasons for the increasing calls for a ministerial reshuffle.

According to him, there may be some important reasons aside the current economic downturn, that the President may be oblivious to, hence, engaging with stakeholders and interrogating the reasons will be a viable line of action.

He noted that it behoves on the President to ensure that all of his appointees are working efficiently and effectively to achieve success at their various posts as any failures could lead to a dent in the President’s legacy.

He encouraged the President to employ a hands-on approach when dealing with his ministers and evaluate their performance in office in order to ensure he’s getting value.

“Don’t forget that you are the President; you have been given the executive power to rule the country. Success or failure is on you, not on any minister. They don’t talk of health minister’s government; they talk of Kufuor’s government.

“So the success or failure is on you and therefore you must be conscious of what is happening within your government and take necessary action to make sure that you succeed,” he said.

“They are helping you, all of them are helping you, so if that person is not performing well, you must be bold enough to tell the person ‘thank you so much, go away.’ You’re primarily there because the people want you there to improve their condition and if you’re not able to do that you have failed,” he added.

He further noted that it is only right on the part of the President to seek counsel from people outside his government in order to ensure that he is not making the wrong decision by keeping someone in office or otherwise.

“He’s the coach, maybe he sees what I don’t see. But if you want success, then maybe he should listen to people also, not only what he sees but he must also consult, listen to others for him to understand why some people are saying that maybe Mr or Ms A must be removed. They may have a reason.

“At times it may not be due to performance, maybe even the behavior of the person and therefore as a President apart from looking at your own people, you must also listen to some people. I’m not saying that you should always listen to people before you take decisions, no, that’s not what I’m saying, but I’m saying that open your eyes, open your ears and let these things help you in the determination of who you believe can help you better,” he said.