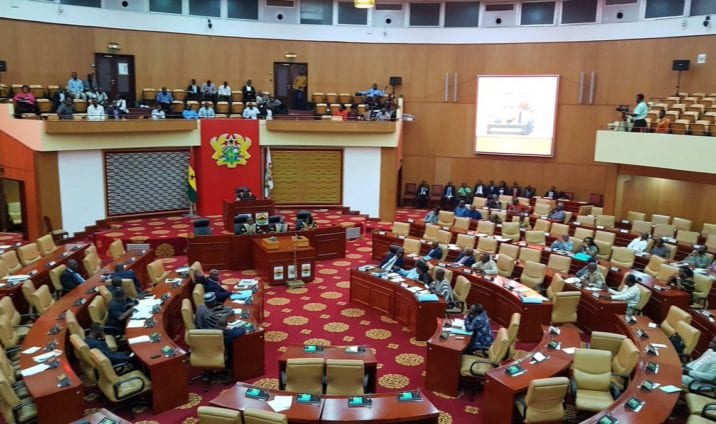 Government has laid before Parliament for approval the Covid-19 National Trust Fund Bill 2020.

Second Deputy Speaker, Alban Bagbin, who was presiding over sitting subsequently referred the bill to the Constitutional, Legal and Parliamentary Affairs Committee.

The bill when passed into law will give legal backing to the establishment of the Covid-19 National Trust Fund to complement the efforts of government in the fight against the disease.

The fund will receive donations for disbursement to individuals who have been negatively impacted by the disease.

The bill will also make provisions for how the fund should be managed.

Soon after the bill was submitted to the House, the Constitutional, Legal and Parliamentary Affairs Committee met and came to a determination that it is of urgent nature and thus approval procedures can be rushed.

The committee will submit a report to the house on Thursday, urging it to pass the bill under a certificate of urgency, as requested by the government.

Chairman of the Committee, Ben Abdallah, who is also MP for Offinso South, told JoyNews the Committee will hope to get Parliament to approve it on Thursday.

If that fails, they will work towards approving it before the House rises on Saturday.

President Nana Akufo-Addo over the weekend inaugurated the Board of Trustees of the Covid-19 National Trust Fund, chaired by former Chief Justice, Sophia Akuffo.

The Minority in Parliament has, however, described the Covid-19 National Trust Fund as ‘unnecessary’.

Ranking Member on Parliament’s Defence and Interior Committee, James Agalga, said it was a duplication of provisions in the National Disaster Management Act 2016 which provides for the establishment of a Disaster Fund for situations like these.