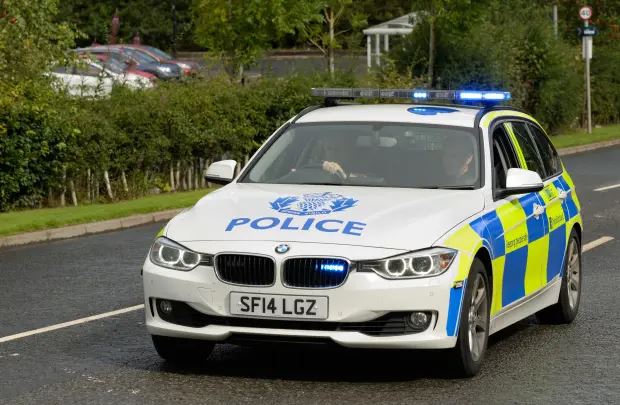 A drug dealer accepted a lift from police officers while carrying £140,000 worth of cannabis, a court heard.

Jesse Winsborough crashed his car in a blizzard and was seen pulling two suitcases by the A9 when officers stopped to offer him a lift.

But the officers noticed a “strong smell” of cannabis when putting the suitcases into their car and subsequently found 14kg of the drug.

Winsborough, 30, will be sentenced in December at Perth Sheriff Court.

He admitted being concerned in the supply of cannabis between London and Perthshire in January 2020.

The court was told that Winsborough had lost control of the vehicle during a snowstorm on the A9.

The car then struck a verge before coming to rest on its roof.

He said that the boot was open and that Winsborough and a former co-accused were traced almost an hour later.

Mr Sweeney said: “They confirmed they had been involved in an accident and that they were waiting for someone to pick them up.

“Due to them being stranded on the A9, they were told they would be taken somewhere safe where they could arrange for a lift.”

The couple agreed to be dropped off at Gleneagles railway station to continue their journey.

Mr Sweeney said: “Police placed the suitcases inside the police vehicle and noticed a strong smell of cannabis.”

The court was told that when the cases were finally opened they were found to be stuffed full of vacuum-packed herbal cannabis.

Self-employed flooring worker Winsborough, from Waltham Forest, London, pled guilty to the charge in his absence.