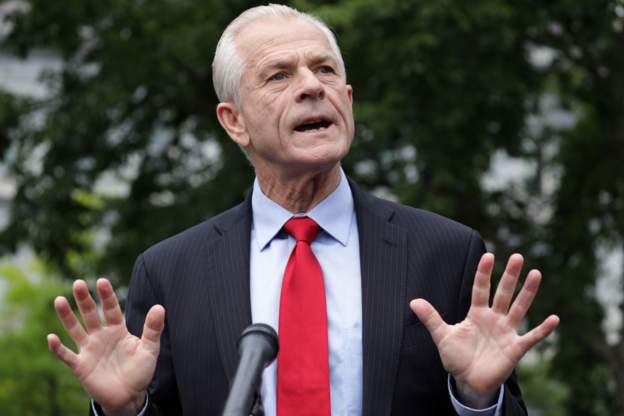 People around town and in other cities are talking about President-elect Biden.

Meanwhile at the White House, President Trump’s advisors discuss his trade policies, act as if he will remain their boss for the next several years and that they will still have jobs on the premises.

Many people disagree with them on both points. But no matter.

Trump’s circle is holding strong. One of the president’s economic advisers, Peter Navarro, said on Fox Business this morning that they are operating under the assumption that “there will be a second Trump term”.

When I saw Navarro recently in front of the West Wing, he seemed equally confident about his future in the building.

He refused to answer questions, and he aimed verbal barbs at journalists, just as he had always done. Then he waved vigorously at me as he slipped into the West Wing, a place where he was among friends.

People outside of the White House and in other parts of town say their time is almost over. But for those who are inside the West Wing, it’s business as usual.