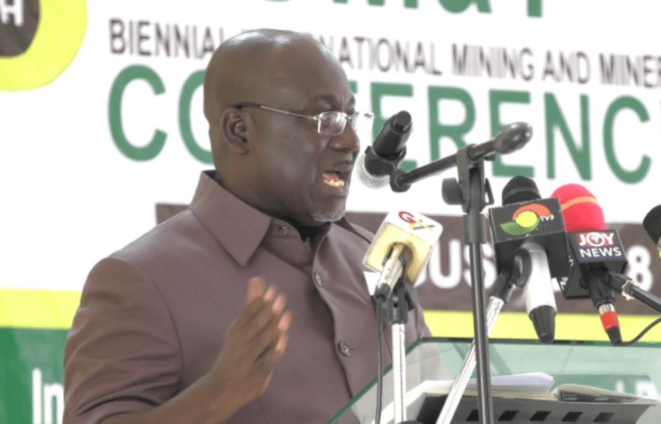 The Deputy CEO of the Commission in charge of Promotion and Development, Martin Kwaku Ayisi, will act as CEO as Addae Antwi-Boasiako is set to proceed on leave.

A source told Joy News that the CEO whose leave will commence on Monday, March 22, has requested from the sector minister, Samuel Abu Jinapor, to take his accumulated leave which the minister has duly granted.

While Mr Antwi Boasiako’s exit may be voluntary, a lot of transfers are to be expected in other agencies under the Lands Ministry in the coming days.

Apart from changes that will occur at the very top, affecting CEO, directors and their likes, there will also be transfers of other staff, the source has disclosed.

According to the source, the shake-up forms part of sector Minister, Samuel Abu Jinapor’s strategy to inject efficiency into the operations of agencies under him.

The move, the source said is aimed at restoring sanity and reduce corruption in these agencies.

It’s the Minister’s considered view that some workers of these agencies have overstayed their duty posts and may be suffering from the “familiarity breeds contempt” syndrome.

The move is, therefore, targeted at restoring sanity and reducing corruption in the agencies.

Agencies under the ministry that will be affected by the shake-ups include Lands Commission; Office of the Administration of Stool Lands; Forestry Commission; and Minerals Commission.

Others are the Geological Survey Department; Precious Minerals Marketing Company Limited; Ghana Boundary Commission; and National Forest Plantation Fund Board, all fall under the auspices of the Lands ministry.

DISCLAIMER: The Views, Comments, Opinions, Contributions and Statements made by Readers and Contributors on this platform do not necessarily represent the views or policy of Multimedia Group Limited.
Tags:
Addae Antwi-Boasiako
Lands Ministry
Martin Kwaku Ayisi
Minerals Commission