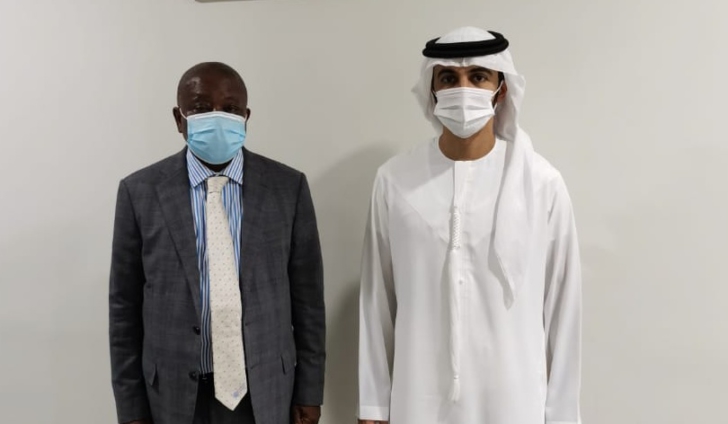 Deputy Majority Leader in Parliament, Alexander Afenyo Markin, has confirmed that the United Arab Emirates-based agent, in the botched attempt to procure Sputnik V vaccines, has refunded the sum of $2.47 million to government.

Sheikh Al Maktoum was due to supply about 300,000 Sputnik V vaccines in an agreement signed with government, but his outfit delivered only 20,000.

The Parliamentary ad-hoc committee set up to investigate the controversial Sputnik V vaccine deal ordered the Finance Minister to retrieve the $2.47 million, representing the difference in amount paid and quantity of vaccines supplied.

In a letter addressed to the Chief Director of the Ministry of Health, Sheikh Al Maktoum states that the requested amount of $2.47 million has already been refunded to the designated bank account as communicated by you.

The communication had the SWIFT and the payment advice attached.

Although the Health Minister, Kwaku Agyeman Manu, indicated that no money was paid to the company despite an initial 20,000 supplied to Ghana, the report by the committee found that 50 per cent of the total contract sum was actually paid.

The Committee therefore, tasked the Finance Minister, Ken Ofori-Atta, to take steps to recover the $2,850,000 expended towards the botched procurement of several doses of the Sputnik-V vaccine.

Deputy Majority Leader, Alex Afenyo Markin, who chaired the Committee, said with the money having been refunded, the matter should be closed.

“I can confirm that the refund has been made, and to me, the major concern to Ghanaians was a possible financial loss to the state, but the Minister was sincere before the Committee on the issues.

“This confirms that the Minister did not lie when he said he, at all material times, was dealing with a credible entity and today, the funds have fully landed in government accounts. If you ask me, I will say the Committee has no further action to take because the recommendation has been met with the refund of the money.”

There have been several calls by individuals and some civil society groups for the Health Minister to resign or be fired by the President, but Mr Afenyo Markin considers the calls misplaced and accused those behind such calls, of failing to read the report of the Committee.

“It is not our finding that the Minister lied to us, and it is because people are not reading the outcome of our probe.

“The House listened to the audio of the Minister when he appeared before us, and it was clear the Minister never lied, and that is why the Minority changed their position.

“The Minister explained to us that at that time, he was not aware of any payment made and I think people must pay attention to the details because the Minister never lied.

“I am ready to defend, because I’m defending the truth because the Minister has been very transparent in this matter and people must stop the emotional argument,” he charged.

DISCLAIMER: The Views, Comments, Opinions, Contributions and Statements made by Readers and Contributors on this platform do not necessarily represent the views or policy of Multimedia Group Limited.
Tags:
Sheikh Ahmed Dalmook Al Maktoum
Sputnik V vaccine