Develop other sporting brands aside football – Asantehene directs Kotoko Board 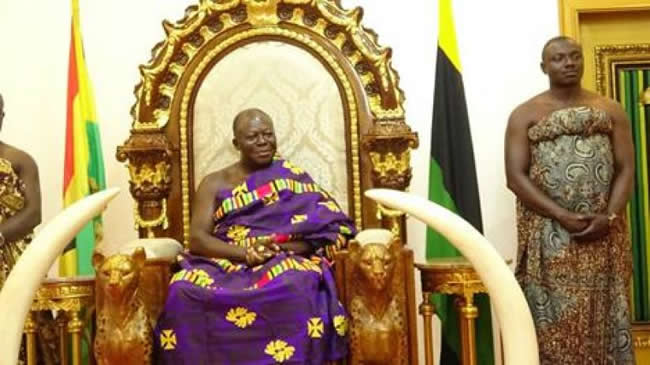 The Asantehene, Otumfuo Osei Tutu II, has directed the new Asante Kotoko S/C Board of Directors to map up strategies for the development of other sporting brands aside football.

The Board, he said, should come out with innovative products underpinning possible opportunities in disciplines such as basketball, boxing, tennis, athletics, amongst others.

“Kotoko should expand beyond football and embrace other sporting disciplines which could be of utmost importance to the Club in terms of revenue generation, branding, and infrastructural development,” the Life Patron and Spiritual Owner noted.

Otumfuo Osei Tutu, in a speech read on his behalf by Mr. Kofi Badu, Chief of Staff, Manhyia Palace, at the inauguration of the Dr. Kwame Kyei-led nine-member Board, in Kumasi, also advised the members to give priority to women’s football.

He said Kotoko must begin to do things in a way that befitted their status as a sporting club, saying this was the way to go in order to expand the club’s brand within the sporting arena.

Established in 1935, Asante Kotoko, two-times African champions and the most successful Ghanaian club, had metamorphosed into a great traditional team over the years, playing some of the most resilient brand of football reflecting the fighting spirit of Asanteman.

The Porcupine Warriors presented some of the fearsome playing squads of all time in the 1960s, 70s, 80s and early part of the 90s, which would later win them the “African Club of the Century”.

In spite of this, poor administrative and institutional structures, coupled with poor infrastructural base and policy direction had been the bane of the club purported to command a support base of about eight million.

Kotoko had in times past struggled without success to build concrete structures for sustainable growth, lacking the impetus to develop good brands to attract sponsorship from corporate organizations.

Otumfuo Osei Tutu reminded the new Board of the task ahead, saying “they should start from ground zero.”

The members must be seen bringing their expertise and experience to bear for the club’s progress while working assiduously to meet their objectives.

Information pieced-together by the GNA Sports indicated that the new Board, as part of its terms of reference, is to give a face-lift to the club’s Adako-Jachie training grounds in order to upgrade the facilities to appreciable standard.