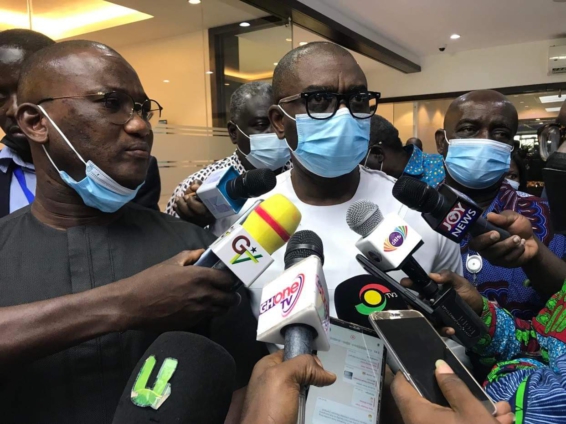 The dismissed Ghana Airports Company Limited Managing Director expressed surprise when journalists asked him of his reaction following reports of the termination of his contract while on tour with Parliament’s Transport Committee.

Yaw Kwakwa said he was unaware that the President has directed the Company’s Board to terminate his appointment through the Transport Minister.

“I don’t know what you are talking about; my appointment has not been terminated. I don’t know about it, but when I get to that bridge, I will cross it,” he said.

It is unclear why Mr Kwakwa was sacked, but in the last few weeks, the Airport Company and newly established private jet company operated by McDan Aviation have been involved in a back and forth publicly.

Parliament’s Roads and Transport Committee has instituted an investigation into the matter.

To gather first-hand information, the Committee visited the Terminal 1 office of the McDan Aviation, and they were being taken around the facility.

But while conducting members of the Roads and Transport Committee around on a fact-finding mission of the McDan Aviation, a letter from the Transport Ministry emerged that he has been fired.

According to JoyNews’ Kwesi Parker Wilson, Management of GACL including the Deputy Transport Minister, Hassan Tampoli, who were with Mr Kwakwa got equally astonished upon hearing the news.

DISCLAIMER: The Views, Comments, Opinions, Contributions and Statements made by Readers and Contributors on this platform do not necessarily represent the views or policy of Multimedia Group Limited.
Tags:
GACL
Yaw Kwakwa