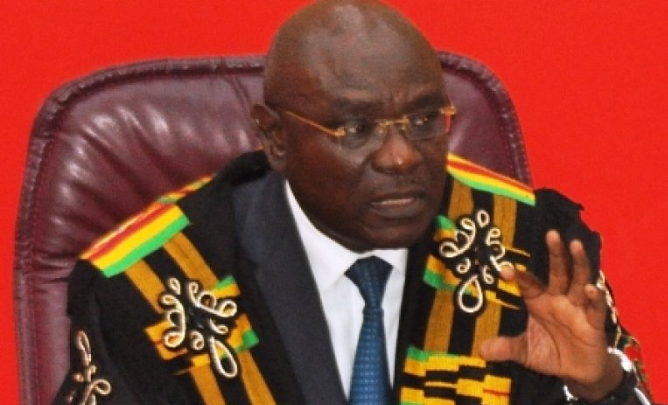 A former Speaker of Parliament has told members of the opposition National Democratic Congress (NDC) that the party will disintegrate if they do not win the 2024 elections.

In view of this, Edward Doe Adjaho says the NDC has no choice but to win the polls.

He has thus charged the party folks to put their differences aside and soldier on for the collective good of the party.

Speaking at the NDC’s Volta Regional Delegates Conference in Ho on Saturday, November 12, he said Ghanaians are looking up to the party to deliver them from the current hardships.

“We are a social democratic party, we put people at the centre of what we do so please I beg you, colleagues I beg you, we have to win the 2024 elections otherwise NDC will be disintegrated. Let’s sacrifice for this party for once,” Mr Doe Adjaho said.

According to him, the current economic crisis is not sufficient to guarantee the party a victory in the 2024 general elections.

“The statement is that we should not be complacent as a party. The mid-term elections in the United States have taught us that hardship alone, inflation and the economy cannot win an election…So let us not be complacent.”

“Hardship is a factor, and cost of living is a factor, but it is not sufficient. We have to work hard, we have to be united and present a united front in this region and in the party,” Mr Doe Adjaho added.

DISCLAIMER: The Views, Comments, Opinions, Contributions and Statements made by Readers and Contributors on this platform do not necessarily represent the views or policy of Multimedia Group Limited.
Tags:
2024 elections
Akufo-Addo
Edward Doe Adjaho
Mahama
NDC