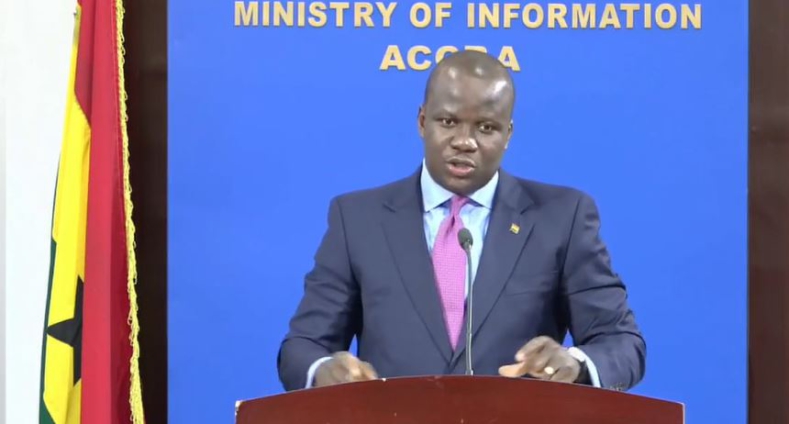 The Lands and Natural Resources Minister, Samuel Abu Jinapor, has cautioned authorities who issue mining licences not to grant them without first consulting the Paramount Chief in that jurisdiction.

The introduction of the new licensing regime for small scale mining is aimed to deal with illegal mining.

Addressing a presser on Thursday, Mr. Jinapor said this new regime will ensure that the views of the Paramount Chief in that jurisdiction are taken into account.

Mr. Jinapor stated that the processes by which the Minerals Commission grants licenses have been altered, making the chief a central part of the process.

“The President has directed that henceforth, no mining concession or license should be granted unless the Paramount Chief of that particular jurisdiction is formally consulted ,” he stated.

According to the Lands Minister, President Akufo-Addo came to this conclusion to get the chiefs involved in the fight against ‘galamsey’.

“The person who has the final say in terms of who gets a licence or concession is the Minister for Lands and Natural Resources, but here we are talking about the involvement of traditional rulers yet they don’t seem to have any central role to play in the processes leading to the grant of concession…,” he said.

Mr. Jinapor also pointed out that no mining licence should be granted until Metropolitan Municipal District Chief Executives (MMDCEs), and Regional Ministers are formally consulted.

DISCLAIMER: The Views, Comments, Opinions, Contributions and Statements made by Readers and Contributors on this platform do not necessarily represent the views or policy of Multimedia Group Limited.
Tags:
Lands Minister
mining licence
Paramount Chief