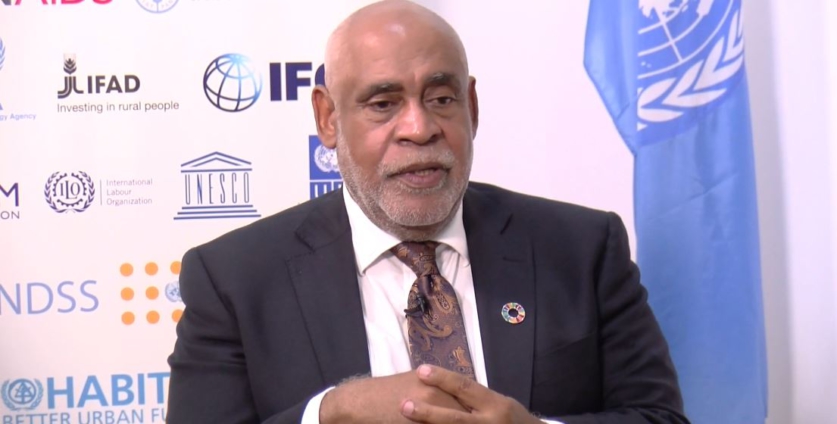 The United Nations Resident Coordinator in Ghana has asked the government and Ghanaians to not take the country’s democratic stability and peace for granted.

“Ghana is a peaceful country and also holds an enviable track record on the continent around elections. One thing I often say to Ghanaians is that please don’t take peace for granted.

“We have seen many other countries – even within the sub-region – what taking peace for granted ends up being,” Charles Abani said in an interview on Foreign Affairs on JoyNews.

Ghana is one of a few countries in the sub-region to escape political turmoil but the recent economic crisis has led to concerns that Ghana’s democracy might be tested.

There have been protests and calls for the President, his vice and the Finance Minister to resign.

On Saturday, November 5, hundreds of protesters took to some principal streets of Accra to demand action in a ‘Ku Me Preko Reloaded’ demonstration.

He said the principles of good governance and transparency must be strengthened.

“Clearly, we’ve had three coups and two changes of government undemocratically in the sub-region and the president of Ghana has done a good job in terms of trying to rally the forces working and he continues to push that.”

“But we know that at the centre of progress, I call good governance, I call it the fluid that runs through the pipes because without it nothing can happen. We see rise in protests when injustice, unfairness, inequity seem to be at their highest,” he said.

The United Nations is, in the month of November, marking 77 years since the signing of the International Charter that gave flesh to the political establishment.

DISCLAIMER: The Views, Comments, Opinions, Contributions and Statements made by Readers and Contributors on this platform do not necessarily represent the views or policy of Multimedia Group Limited.
Tags:
Charles Abani
Democracy in Ghana
Peace
United Nations