Don’t wait for E-levy, see to it that Police Service is resourced – Security analyst to Finance Minister 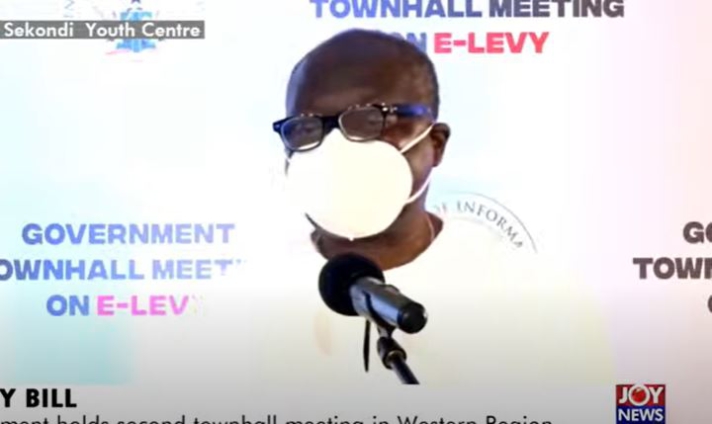 A security expert, Dr. Adam Bonaa, has urged Finance Minister, Ken Ofori-Atta, to fund the Ghana Police Service immediately rather than waiting for the E-levy bill to be approved.

He asserted that the Police have been doing an excellent job in recent years in arresting criminals across the country, prompting his request for resources to enable them to do more.

“Generally, because the Police is now operating and catching them (armed robbers) before they strike, it’s going to be very difficult for them to come out openly now. In the past, you’re travelling up north and you’d face probably 10, 15 highway robbers, now the numbers are coming down,” he said.

Dr. Bonaa, speaking on JoyNews’ The Pulse on Wednesday said that criminals would not wait until the levy was passed before striking, so the Minister should act accordingly as well.

“Even if it’s left with his [Finance Minister] last penny, he should resource the Ghana Police Service and other security agencies because if he doesn’t do it, and he is waiting for e-levy, the more he waits for e-levy, the more the agencies are not resourced and we are all going to be impacted,” he said.

The Service on its Facebook page said the suspects “are being pursued by the Anti-Robbery teams.”

However, three individuals had sustained various degrees of injury during the foiled bullion van robbery and have been admitted to the Korle-Bu Teaching Hospital for treatment.

Meanwhile, the Police have assured of their readiness to go the extra mile to ensure the perpetrators of the act are brought to book.

“We wish to assure the public that the Police have intensified efforts to get the perpetrators arrested to face justice. We will surely get them,” the Service said in a press statement.

DISCLAIMER: The Views, Comments, Opinions, Contributions and Statements made by Readers and Contributors on this platform do not necessarily represent the views or policy of Multimedia Group Limited.
Tags:
Dr Adam Bonaa
E-Levy
Ken Ofori-Atta