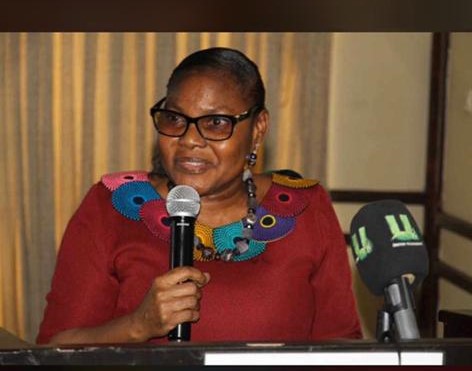 The late Dorothy Akosua Onny was born 56 years ago to C.C.Y. Onny, a former Senior Principal Secretary of the Ghana Civil Service, who voluntarily retired at the Ministry of Local Government in 1974 and Grace Akua Onny a housewife, both of blessed memory.

Doroo among many other nicknames her siblings affectionately called her was born on Sunday the 8th day of November,1964.

A very charming and adorable child, with a beautiful smile and infectious laughter, Dorothy was last of six children of her parents.

She began her education at Christ the King International School in kindergarten from where she sat and passed the Common Entrance Examination on reaching class six (6) in March 1977 to enter Achimota Secondary School in September of that same year.

On completion of the sixth form, Dorothy as required then proceeded to perform her sixth form service with the 31stDecember Women’s Movement for a year at its head office located then at Asylum Down- Accra.

She was thereafter admitted to the University of Cape Coast in October 1986, where she read for a Bachelor of Arts Degree together with a Diploma in Education completing in June 1990.

National Service posting came next and Dorothy was posted to Agona Nyarkrom Islamic Secondary School for her National Service, which she completed in 1991.

She then got employed at North Ridge Lyceum, Ridge-Accra as a teacher for class five (5) pupils from 1992 until 1994, but had to resign her position to take up employment in the Administrative class of the Ghana Civil Service.

Widower: Edward Collins Boateng, a fine gentleman with a Chartered Accountant Certificate and an Economist, obtained in June 1996. Their union was blessed with five adorable children.

Children: Ama, Nana Yaa, Kodjo, Kofi and Nana Yaw all of who she has left behind after a very short illness.

AKOSUA Shall be sorely missed by the family and all who knew her.

May her gentle soul Rest in Peace.