ECOWAS urged to involve citizens in its activities 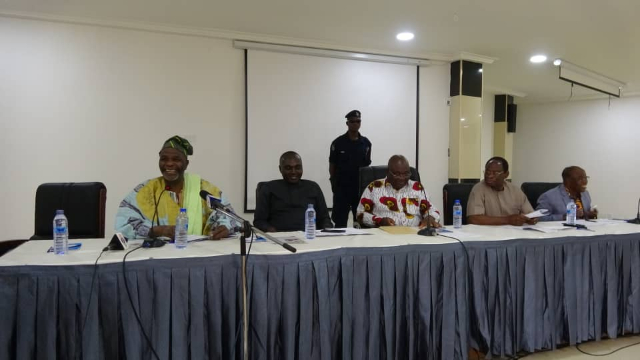 The Economic Community of West African States (ECOWAS) has been urged to involve citizens in its activities to enable them to better appreciate its contribution to the socio-economic development of the sub-region.

ECOWAS has also been urged to work towards ensuring community ownership of its programmes to ensure sustainability and accelerated development.

This formed part of the recommendations of national institutions and stakeholders at a National Stakeholders’ Consultation Workshop to initiate discussions geared towards formulating a post-2020 roadmap for  ECOWAS.

It is also to assess the achievements of the ECOWAS under its Vision 2020, adopted a decade ago.

The two-day event, which ended in Tamale over the weekend, was organised by the Ministry of Foreign Affairs and Regional Integration and the ECOWAS National Office in collaboration with the National Development Planning Commission.

It was attended by representatives from national institutions such as the security agencies and public sector agencies, civil society organisations, the private sector, women and youth groups, religious and traditional bodies and the media.

The Tamale event was the first in the series of four to be held across the country before the end of February.

The ECOWAS Vision 2020, which, amongst other things, seeks to significantly raise the standard of living of the people through conscious and inclusive programmes, ends this year.

There is, therefore, the need for a post 2020 vision for ECOWAS to drive its agenda, hence the national stakeholders’ consultation workshop.

Participants’ assessment showed that while significant progress was made in the area of democracy and good governance in the sub-region, same could not be said about trade and socio-economic and infrastructural development and monetary integration.

Some of them said many citizens did not know or hear much about ECOWAS activities hence their inability to feel the impact or relevance.

They, therefore, suggested that ECOWAS be made part of the school curricula such that the citizenry would know more about it and what it stood for.

They also recommended the creation of focal points or desks at the Ministries, Departments and Agencies and the Regional Coordinating Councils to attend to issues of the Sub-regional Body as part of efforts to integrate its activities into the operations of member governments for greater impacts.

Others also expressed the need for improvement on multi-modal transportation network within the sub-region to improve on trade amongst member states.

They spoke about the effects of Nigeria’s decision to close its borders and called for a strengthened Body to sanction member states that flouted its protocols and laws.

Mr Charles Owiredu, a Deputy Minister of Foreign Affairs and Regional Integration, expressed government’s commitment to the regional integration process and the implementation of various protocols and policies to improve on the standard of living of the people.

Sagnari Naa Yakubu Abdulai, Paramount Chief of Sagnarigu Traditional Area, who chaired the event, expressed the need for member countries of ECOWAS to work to achieve a common currency zone as well as ensure free movement across the region.