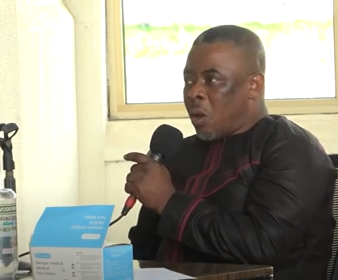 The Medical Superintendent of the Ejura Government Hospital has explained why he released the two dead bodies to an angry mob in the aftermath of the Ejura protest last Tuesday.

Dr Mensah Manye said he released the bodies of the victims in the Ejura killings to the furious demonstrators, predominantly Muslims, who wanted the body to prepare for burial in line with their customs.

He said the angry protesters stormed the Hospital on June 30 threatening to burn down the facility so he was left with no option but to release the bodies to protect his life and that of his staff.

Speaking before the ministerial committee probing the Ejura killings, on Thursday, Dr Manye disclosed that upon hearing reports of the death of two protesters, the angry youth gathered at the hospital and started threatening authorities.

“As usual, in things of this nature, I advised that the bodies be kept for further investigation because as a doctor I had to take all the necessary precautions. So after the death of the two, they [protesters] said they want to take the bodies, but I said no, we don’t do that here and that we have measures we take before releasing such bodies, but [they became angrier when] they realised I was delaying their time.”

“I even suggested we call the police to come in so the bodies will be taken to the mortuary for postmortem, but they resisted, saying they will burn down the hospital if I tried,” he said.

According to Dr Manye, “They also threatened that they will beat us if we delayed them any further.”

DISCLAIMER: The Views, Comments, Opinions, Contributions and Statements made by Readers and Contributors on this platform do not necessarily represent the views or policy of Multimedia Group Limited.
Tags:
Dr Mensah Manye
Ejura killings
Ejura Sekyedumase