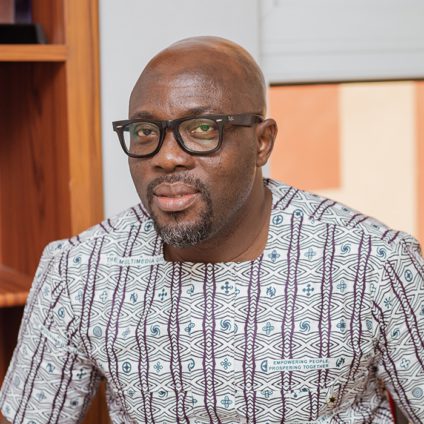 According to Mrs Bampoh, the current management attributes she exhibits are a result of the grooming of Mr Kwashie.

“When I also left The Multimedia Group in 2017, I became a manager in a corporate entity. I am currently a manager in my new organisation, Media General; there is nothing that I do as a manager that is not because of Elvis.

“I learned a lot from him. He provided a certain template of what a good leader should be, and I have tried as much as possible to live up to that,” she eulogised.

Mr Kwashie died at the University of Ghana Medical Centre (UGMC) on Tuesday night, December 28, after a short illness.

But for the Head of Media General , Mr Kwashie still lives on because of the impact he had in her life.

Describing the late seasoned journalist as a phenomenal leader, Mrs Bampoh said he influenced his subordinates to achieve incredible results.

“A lot of times, I ask myself when I am making a decision, “would he do it this way, or how would he expect me to do this?” Even in my engagement with colleagues, interns everyone in our newsroom, I realise that I cannot be or act like the Dzifa that I was probably 15 years ago.

“I probably would act more likely the newer leader, and those elements are things that I learned from Elvis,” she said on Joy FM’s Super Morning Show.

Entrepreneur Dr Ivan Misne once said, “A great leader does not tell you what to do; they show you how it’s done.”

And in the books of Mrs Bampoh, the late Elvis Koku Kwashie was a great leader because he showed her how to be a good leader.

“I am sure many of us, who worked with him in the newsroom, have picked them. So it didn’t surprise me that he rose to become the GM for the Joy cluster. It is a real significant loss to the brand, friends and colleagues who knew him,” she added.