Emmanuel Kwaku Duah: Akufo-Addo must make the best of appointments for the betterment of Ghana 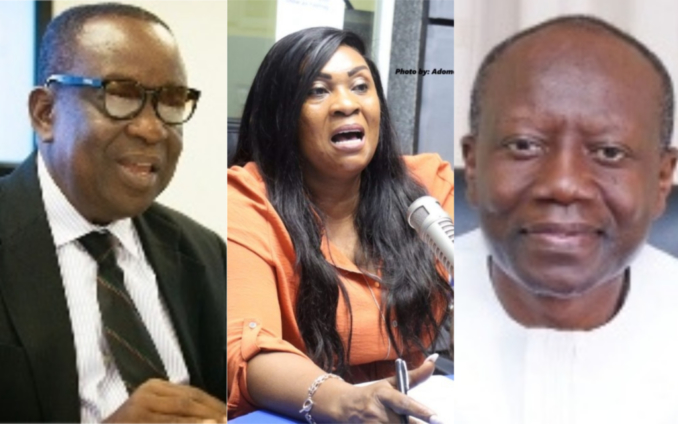 Barely two months after the victory of His Excellency Nana Akufo-Addo in the 2020 polls as President of the Republic of Ghana, hope and inspiration have become very elusive among many of the grassroots of the New Patriotic Party (NPP) across the country.

This is due to the outlook of the appointments made so far and the yet but anticipated ones.

Reports and concerns picked up from various media platforms indicate that many party loyalists have begun to express certain misgivings concerning the pattern of appointments for the various official government positions made by the President and the Leader of the party.

According to these sentiments expressed, the mode of appointments clearly shows the scenario of emptying the bottle and filling it with the same “very special old pale (V.S.O.P.)”, which clearly leaves many of the party faithful who expected the table to turn slightly to inspire and motivate the base highly hopeless.

Consequently, sections of the party members have stated that this status quo or approach lacks the manifestation of the morale seeking to satisfy other interests and leaves much to be desired.

It means resources and empowerment that are adequately needed for 2024 would not be fairly distributed and going forward, even key stalwarts of the current administration who have not been in the limelight for the past four years without an appointment will still be left hopeless.

As an ardent believer of the school of thought of His Excellency the Vice President, Dr Bawumia emerging as the next face of the Danquah-Bussia-Dombo tradition, I become more worried considering the advent of these low-key objections and criticisms raised against the line of appointments which seems not to inspire hope.

However, providing the basis for the looming rise against any choice of flagbearer who emanates from the current status quo internally.

It is imperative to establish that the size of the number of people who directly received appointments and positions did not really have an impact on the satisfaction of all party and grassroots’ interests, one of the reasons for the struggles of the party in 2020 elections.

Currently, with a trimmed size government, the challenges that face the President in his duty to make the best of appointments for the betterment of his government, party, and the country become more predictable and daunting.

Nevertheless, I join many of the youth and patriots of the party to appeal to His Excellency Nana Addo to at least open his net wide when considering the qualified persons for the next line of appointments especially, the office of the various CEOs and look at appointments that will stimulate the feeling of inclusiveness and benefit for all and seek to address the creeping impression of an attempt to perpetuate the doles of a few.

I shall also use this medium to humbly and respectfully remind the President to stick to the implementation of the letter, the Public Service Act, which mandates public officers to retire from public service after attaining the age of 60.

A directive, he once applied to the admiration of many Ghanaians across the political divides which saw the removal of some CEOs.

DISCLAIMER: The Views, Comments, Opinions, Contributions and Statements made by Readers and Contributors on this platform do not necessarily represent the views or policy of Multimedia Group Limited.
Tags:
Akufo-Addo
Ministerial appointments