A Virginian biochemist has been named winner of Miss America 2020 after performing a live science experiment that defied stereotypes of the contest.

Wearing a lab coat, the 24-year-old impressed judges with a chemistry demonstration in the talent show.

In her acceptance speech, Ms Schrier said she hoped to “break stereotypes about what it means to be a Miss America in 2020”.

Ms Schrier has two undergraduate science degrees and is studying a doctorate in pharmacy at Virginia Commonwealth University.

She reportedly told the celebrity panel, comprised of Kelly Rowland, Queer Eye’s Karamo Brown and Superstore actress Lauren Ash, that “Miss America is someone who needs to educate”.

In her role as Miss America, Ms Schrier will spend a year advocating for Mind Your Meds, a drug safety and prevention programme.

Ms Schrier’s victory is expected to be viewed as another progressive step away from Miss America’s traditional beauty contest format. 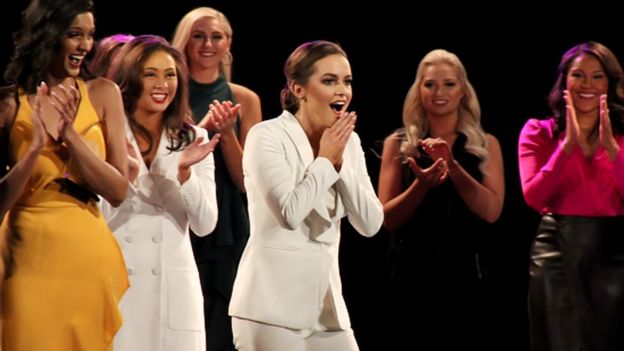 Camille Schrier defeated 50 women to take the crown at the final in Uncasville, Connecticut (Getty Images)

Since 2018 the competition has attempted to re-brand its image, scrapping its swimwear segment and appearance-based judging criteria.

Instead, contenders showcase their talents and are interviewed about their passion, intelligence and understanding of the Miss America role.

“We will no longer judge our candidates on their outwards, physical appearance. That’s huge,” said former Miss America winner Gretchen Carlson, who announced the reforms in 2018. 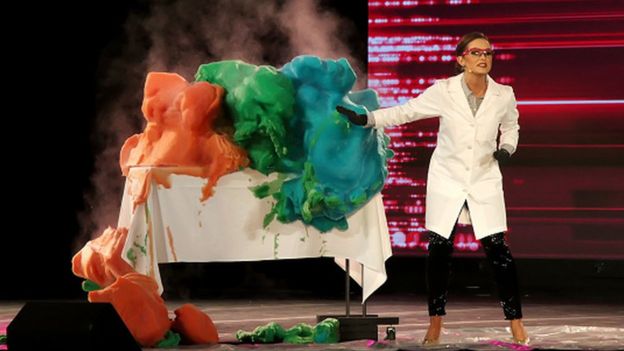 Earlier this year Ms Schrier, a self-confessed “quirky scientist”, told the BBC she wanted to “break people’s stereotypes” of those competing for the Miss America title.

She said her science experiment – the catalytic decomposition of hydrogen peroxide – was a “big factor” in her winning Miss Virginia in June this year.

While acknowledging there was still “controversy” over these types of competitions, Ms Schrier said Miss America has “re-branded” and was being more “progressive” by focusing more on women’s achievements than appearances.