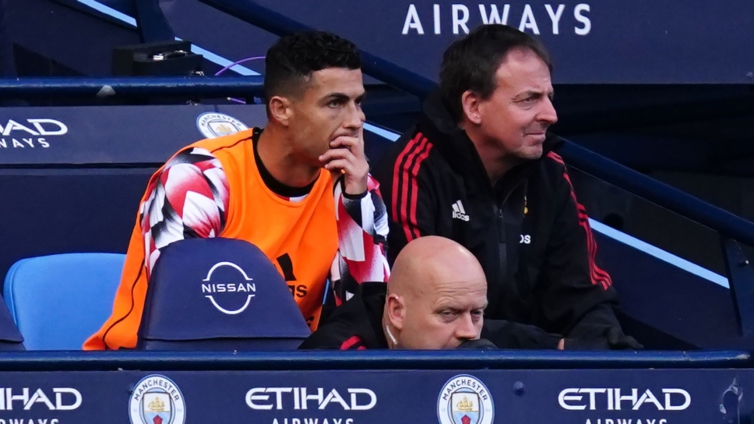 Erik ten Hag says he did not bring Cristiano Ronaldo off the bench during Manchester United’s 6-3 defeat at Manchester City “out of respect”.

But former Man Utd captain Roy Keane has criticised the club’s handling of the Portuguese superstar, declaring that United are displaying “disrespect” to the striker.

The 37-year-old was an unused substitute for the first time this season as City thumped United at the Etihad on Sunday.

Marcus Rashford’s return from a muscle injury saw Ronaldo drop out of United’s starting line-up and despite manager Ten Hag making five changes during the game, the five-time Ballon d’Or winner was not one of them.

Asked why Ronaldo did not feature, Ten Hag revealed he did not want to insult the forward by introducing him with United already 4-0 down.

“I didn’t bring him on out of respect for his big career,” the Dutchman said at his post-match press conference.

“And the other thing, there was then the advantage I could bring Antony Martial on. He needs the minutes but I don’t want to point it out like that.”

But an unimpressed Keane, speaking on Sky Sports, countered: “I think United are showing disrespect to Ronaldo. He should have been let go before the transfer window.

“The manager held on to him. Ok, he said he wanted options. But you don’t hold on to Ronaldo to sit on the bench. He is one of the greatest players ever. He had options [to move in the summer]. This idea he didn’t have options is rubbish. He had four or five good options.

“The big picture is that he [Ten Hag] is not going to play Ronaldo. It is just going to get uglier as the season goes on.

“United have shown nothing but disrespect to Ronaldo.”