EU imposes tariffs on $4bn of US goods in Boeing row 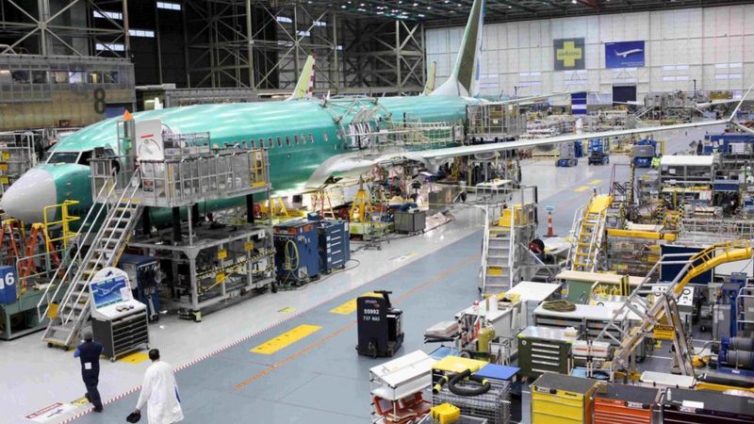 The European Union is moving forward with a plan to hit $4bn of American goods with tariffs as punishment for US subsidies for plane-maker Boeing.

The taxes on some imports from the US into the EU, which got the go-ahead from the World Trade Organization last month, will go into effect on Tuesday.

The EU said it still hoped to settle the fight, which saw the US impose tariffs on European products last year.

EU Trade Commissioner Valdis Dombrovskis said the EU wanted to see both sides now remove the tariffs, which are a result of a long-running feud over state support provided to Boeing and European rival Airbus.

“Removing these tariffs is a win-win for both sides, especially with the pandemic wreaking havoc on our economies,” Mr Dombrovskis said.

“We now have an opportunity to reboot our transatlantic co-operation and work together towards our shared goals.”

The fight over aircraft subsidies for Boeing and European rival Airbus pre-dates Donald Trump’s time in office, but trade tensions between the two traditional allies have grown particularly strained during his tenure.

Last year, the WTO said the US was justified to retaliate against the EU on $7.5bn worth of goods for support granted to Airbus. It made a similar ruling in October in favour of the EU over support offered to Boeing.

In recent months, both sides have taken steps they say correct the offending programmes. But Mr Dombrovskis said there had been no progress toward a settlement.

“We have made clear all along that we want to settle this long-running issue. Regrettably, due to lack of progress with the US, we had no other choice but to impose these countermeasures,” he said.