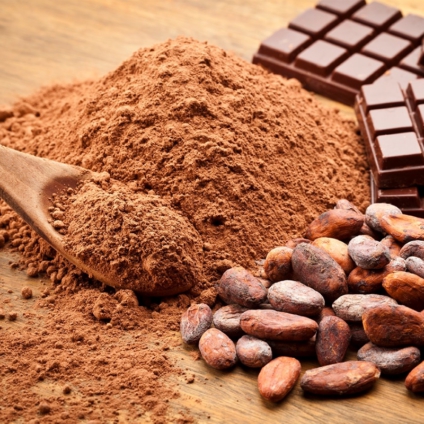 In 2019, Ghana earned $1.85 billion from the export value of raw cocoa beans, according to the Food and Agriculture Organization Corporate Statistical Database (FAOSTAT) 2021.

Meanwhile, the global chocolate industry in 2019 was worth $137.599 billion and projected to reach $182.090 billion by 2025, according to the Global Chocolate Market Report 2020. It is therefore not surprising that Ghana in recent times has tried to participate in chocolate making in order to capture more gain along the global cocoa value chains.

In 2019, The Ghana Cocoa Board (COCOBOD) signed a $600 million African Development Bank credit to transform the cocoa sector. Amongst the areas to invest in includes; local processing of cocoa into chocolate and promoting chocolate consumption in Ghana.

In the same year 2019, the Ghana government entered into a partnership agreement with China to invest US$100 million for the construction of a chocolate factory at Sefwi-Wiaso district of the North-Western region of Ghana. China is contributing 60% and the government of Ghana intends to contribute 40% through local private investors.

Similarly, in June 2021, COCOBOD signed an agreement with the Bühler group, a Swiss technological company known for processing and manufacturing foods. As part of this agreement, Bühler will offer training and technological services to increase local competence in cocoa processing and chocolate making in Ghana.

The increasing desire for value addition to our cocoa by government is a laudable initiative. This venture will enable the country to capture more economic gain, improve the nations’ institutional capacity in cocoa value addition, close the power imbalance in such a multi-billion-dollar industry and create job and employment opportunities for the growing youth. However, Ghana could face a number of shocks as she attempts to engage in chocolate manufacturing.

First, there is no doubt that Ghana has the capacity to produce chocolate. This is because the country is the second largest producer of cocoa beans, contributing about 18-20% on average to the global supply annually in the last decade. However, chocolate production requires other vital raw materials such as sugar and milk that are not produced abundantly in the country.

For example; in 2019, Ghana imported $138 million worth of refined sugar, according to FAOSTAT 2021. Likewise, the country imported about $37 million worth of milk (incl. skimmed dried, skimmed cow, whole dried and fresh cow) according to FAOSTAT 2021 in 2019. The inadequate production of key raw materials could result in chocolate supply shocks i.e. threat to Ghana’s capability to produce chocolate efficiently.

Perhaps, as a response, an opportunity for the country would be to pay particular attention to the Komenda Sugar factory that the government of Ghana attempted to revamp in 2016 while expanding both our sugar and the diary sector. In addition, the unreliable power supply could pose production process challenges resulting in supply shocks. Here, government could pay attention to the alternative use of solar power. Responding effectively to potential supply challenges would enable Ghana to compete favorably with well-established chocolate manufacturing countries along the value chain.

The second type of demand shock could be through international means i.e. the country could face difficulty in compliance with stringent international standards which could affect foreign consumption of Ghana’s chocolate. A response to the local means could be through intensification of the ongoing campaign to consume chocolate and cocoa products started by COCOBOD and other civil society groups.

This campaign should be a national agenda frequently held beyond the 14 February organized each year as suggested by many Ghanaians during the launch of the 2021 national chocolate week to promote chocolate consumption. With regard to the potential threat in foreign consumption, a response could be to partner with all important stakeholders to develop a common ground for compliance with international production standards. This will enable the country to produce quality chocolate to meet both local and foreign preferences.

Third, Ghana could face accountability shock i.e. demand for a responsible and sustainable chocolate production. Such demands could stem from both local and foreign NGOs who would expect chocolate producing companies in Ghana to take responsibility for their impact on the planet, and people while also being accountable and transparent of their profits.

As a response, government should anticipate all forms of complaints and claims by NGOs and strategically respond to them. For example, government could simply accept and agree to right the wrong or work together with NGOs to find a solution to their claims as when they pop up. This will enable the country to be more sustainably responsible along the cocoa-chocolate value chain.

In conclusion, the attempt by government to venture into chocolate manufacturing is a move in the right direction as explained above. However, the country is being reminded of potential upgrading shocks that deserves attention. To complement the country’s efforts in making chocolates, government should support local small and medium enterprises such as; 57 CHOCOLATES and MOMENTS through making quality beans accessible and affordable to them.

In addition, government should attract or lobby foreign start-ups and investors to establish chocolate factories in cocoa growing communities. An example is the FAIRAFRIC CHOCOLATE, a German-Ghanaian social business established in Suhum of the Suhum/Kraboa/Coaltar district in the Eastern Region of Ghana.

Overall, COCOBOD should not only initiate policy response to upgrade when pushed by these potential chocolate manufacturing shocks but explore other value added options. Most importantly, implications of manufacturing chocolate and overall value addition on smallholder cocoa farmers in Ghana deserves further attention.