Facebook’s past year has been filled with back-to-back privacy scandals and seemingly nonstop bad news, but you wouldn’t know it looking at the company’s earnings sheet.

Facebook’s Q4 2018 earnings report is out, and the social media giant has both beaten revenue expectations and seen increased user growth.

There were more than 1.52 billion people using Facebook every day in December 2018, a 9 per cent increase year over year.

Monthly active users were also up 9 per cent year over year, with 2.32 billion as of December 31st.

Those numbers are both up from last quarter by 1.8 per cent, improving on a three-month stretch that saw a slight usage decline in the US and Europe.

This quarter’s growth is by no means the best Facebook has had, but it does mark a return to the company’s usual upward trend after signs that it might be beginning to falter.

That’s all despite a 2018 that was full of high-profile privacy and safety issues for Facebook. Among its many troubles were the Cambridge Analytica scandal, a data breach where hackers stole logins for 50 million people, and accusations that it helped spread hate speech in Myanmar.

This quarter, Facebook specifically saw user numbers rise in both Europe and the US, regions where numbers were either flat or went down last quarter.

Facebook also announced that a new high of 2.7 billion people use either Facebook, Instagram, WhatsApp, or Messenger each month, with 2 billion of those people using at least one of those four services once a day.

It’s not quite all good news: as noted by Jack Nicas on Twitter, Facebook also snuck in the fact that fake and duplicated accounts are also up, with 116 million fake accounts and 255 million duplicate accounts on the site.

Things look nice and sunny from the financial side, though: revenue hit $16.91 billion for the quarter, beating analysts’ estimates, and profit was at $2.38 per share, also well ahead of estimates.

The company’s stock also jumped by over 6 per cent following the announcement.

In other words: whatever the public perception of Facebook as a company is, it seems that Facebook itself is doing better than ever, no matter how you crunch the numbers. 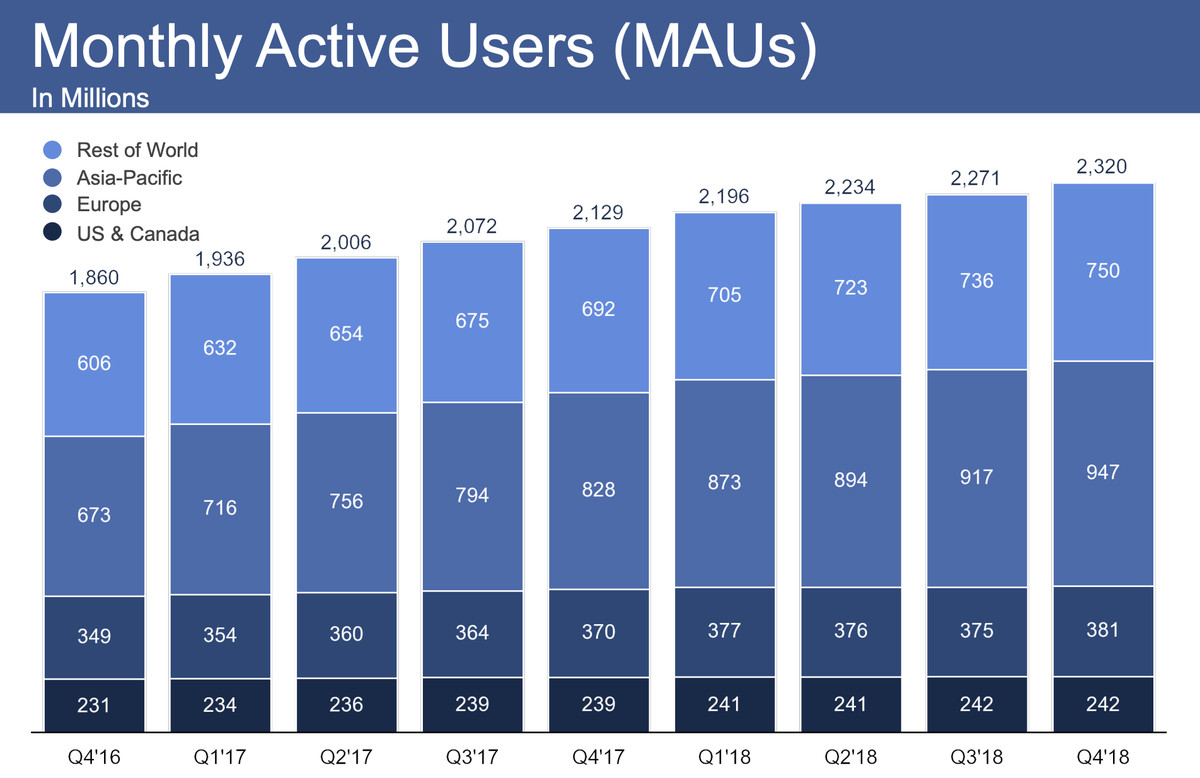