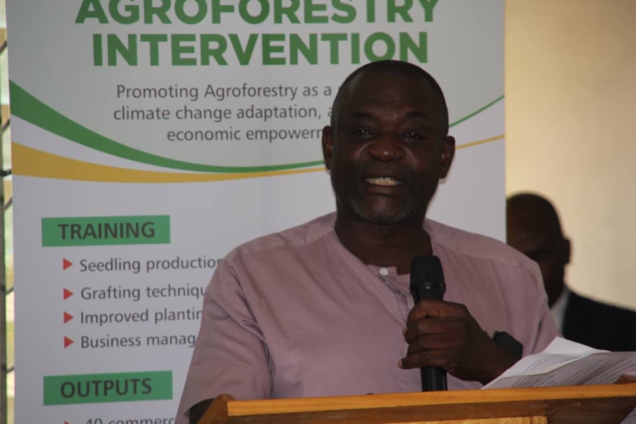 About 120 beneficiaries of the Ghana Agricultural Sector Investment Program (GASIP) in Jirapa district of the Upper West Region have put an end to the burning of crop residue after harvesting.

“All beneficiary farmers have stopped burning their crop residue after harvesting,” Mr. Joseph Kambunaba, the district director of agriculture said.

Burning crop residue is a cheap and efficient way to get rid of extra residue so you can plant on time and control weeds and pests.

According to experts, it has a number of detrimental effects, including removing vital nutrients from the soil, reducing the amount of organic carbon in the soil, and removing plant residues that act as a protective layer against soil erosion.

The effects may have cumulative short- and long-term effects that, over time, may have a net detrimental effect.

The loss of nutrients caused by residue burning can be directly quantified, and a monetary loss based on current nutrient values can be calculated in addition to the net negative effects of residue burning.

According to Mr. Kambunaba, the introduction of technologies such as cover crop relay planting and weed management, among others, has aided farmers in adapting to changes.

Approximately 90% of the beneficiaries have adopted the used hybrid seed on their own farms at varying rates.

Mr. Kambunaba was speaking at the official event to bring activities of the GASIP Agroforestry Initiative to a close.

He explained that the establishment of 2 acre conservation agriculture demonstration plots at Sobariyiri, Sawale, and Kontogleyiri in 2018 marked the beginning of the activities’ implementation.

“These demonstration sites serve as both training and reference points for the promotion of technologies relevant for 60 smallholder farmers.

These were however increased to 6 communities and the beneficiary farmers also increased to 120 in 2019 season. In 2021, six new beneficiary groups were identified and supported with inputs.

“Land degradation in most parts of Ghana, including Northern Ghana is attributable to human activities, mainly through the cutting of trees without replacement, irresponsible and uncontrolled bush burning, and deploying farming systems and practices which are unsustainable,” he said.

According to Dr. Akoto-Danso, these activities have negative effects on people’s socioeconomic well-being, particularly smallholder farmers, as they cause a decline in soil fertility, biodiversity losses, and a decline in relevant tree populations. They also cause low crop yields for farmers and muddiness in waterways.

DISCLAIMER: The Views, Comments, Opinions, Contributions and Statements made by Readers and Contributors on this platform do not necessarily represent the views or policy of Multimedia Group Limited.
Tags:
Crop residue burning
Ghana Agricultural Sector Investment Program
Upper West Region