Federer will not retire in 2021, says coach 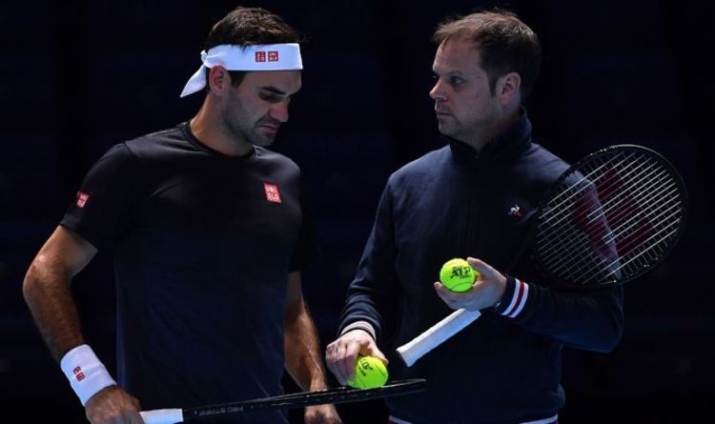 Roger Federer is not planning his retirement from professional tennis any time soon, according to long-term coach Severin Luthi.

It had been heavily rumoured that 2020 would be a farewell year for the Swiss veteran, who turns 39 in August and had been targeting one last shot at Olympic glory.

The tennis calendar has been decimated by the coronavirus pandemic and though the tour is set to return in August, Federer will be missing the rest of the season after undergoing knee surgery during lockdown.

Luthi denies that his compatriot, with whom he has toured since 2007, is planning to draw the curtain on his illustrious career when he returns to action next year.

“Roger still loves life on the circuit, I’ve never heard him say that he should stop because he wants a change of lifestyle or that he’s tired of travelling,” he told Swiss magazine Smash.

“Nothing can be 100% ruled out but given that he still loves tennis and the time he spends with the friends that he has everywhere, I don’t think he’s thinking of retiring in 2021.”

Federer famously sat out the last six months of the 2016 season after picking up a different knee injury and returned in 2017 to win his 18th and 19th Grand Slam titles and Luthi believes his charge could once again use a prolonged lay-off to his advantage.

“It’s true, there are parallels with 2016. Perhaps he could use that to his advantage. The truth is that this injury arrived at the best possible moment,” he added.

“The day after the operation he was looking forward to a new phase in which he would spend him with his family. He has a unique capacity to be very ambitious without getting frustrated with the unexpected.”

Federer reached the semi-finals of the Australian Open in January before losing to his long-time rival Novak Djokovic in straight sets.

DISCLAIMER: The Views, Comments, Opinions, Contributions and Statements made by Readers and Contributors on this platform do not necessarily represent the views or policy of Multimedia Group Limited.
Tags:
Roger Federer
Severin Luthi
Tennis