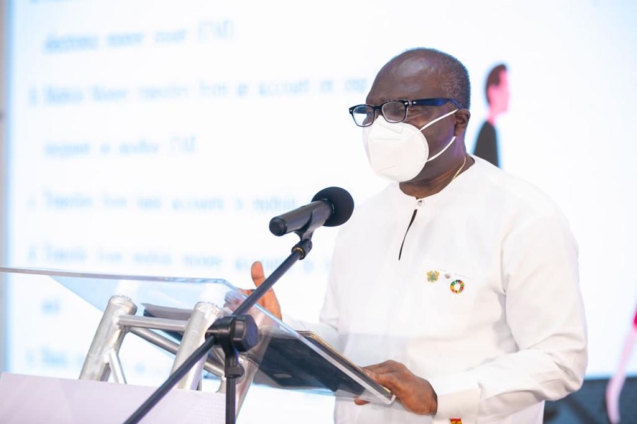 Finance Minister, Ken Ofori-Atta, has described initial negotiations with the International Monetary Fund (IMF) for a bailout programme as collaborative.

According to him, government is discussing debt restructuring plans with the Fund to improve the country’s credit rating.

An IMF team arrived in Ghana in the in the last week of September 2022, to commence official discussions with government for a programme.

Speaking at the signing of a $1.13 billion cocoa syndicated loan in Accra, Mr. Ofori-Atta announced that a government team will meet the IMF in Washington, DC in the U.S.A in the coming weekend to continue the negotiations.

He expressed optimism that government will sign a programme that will help stabilise the economy and improve the country’s of balance of payment.

“We are very confident that the discussions that we are having with the Fund will put us in the right landing zone,” he said, adding that “the ministry (Finance) will go to Washington DC at the end of the week to continue with this discussions”.

Describing earlier engagements as cordial, Mr. Ofori-Atta said government is “getting to a point of understanding the debt sustainability numbers with the IMF”.

“I believe this programme will become a historic resolution as demonstration to other countries on the continent”.

Mr. Ofori-Atta reiterated that the ultimate aim of government in the negotiations is to protect Ghanaians from the negative impact of recent global challenges such as the Covid-19 pandemic, and the Russia invasion of Ukraine.

DISCLAIMER: The Views, Comments, Opinions, Contributions and Statements made by Readers and Contributors on this platform do not necessarily represent the views or policy of Multimedia Group Limited.
Tags:
Finance Ministry
IMF
Ken Ofori-Atta