Fiscal laxity may compel Ghana to rely on IMF – EIU 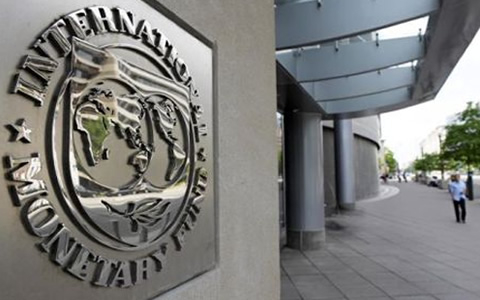 Fiscal laxity may necessitate reliance on the International Monetary Fund (IMF) in future, a report by the Economist Intelligence Unit (EIU) has said.

The report said, “Indeed, government efforts towards fiscal consolidation remain constrained by high public spending, as well as relatively low tax revenue mobilisation, owing to high levels of tax avoidance. Fiscal laxity may necessitate reliance on the Fund in future, although this is not our core forecast as we expect the fiscal deficit generally to narrow over the outlook period.”

EIU says it expects the government to pursue an expansionary fiscal policy in the run-up to the 2020 election as it seeks to boost economic growth (and as spending is not restricted by the need to adhere to an IMF programme), before financing constraints necessitate a shift to a contractionary policy.

In April 2019, the IMF finalised Ghana’s extended credit facility (ECF). The Fund praised the country’s progress on fiscal consolidation, but cautioned that such adjustments must continue to drive policy.

“The government has sought to strengthen the Ghana Revenue Authority, ensure broader enforcement of tax identification number measures, and build the capacity of local governments to collect taxes.” However, enforcement remains an issue and many companies continue to benefit from various loopholes. Accordingly, we do not expect these collection measures to provide a major boost to government revenue.”

“Oil prices will decline in 2019, although production volumes will increase slightly. In net terms, the production gains will outweigh the negative price effect and government revenue will rise in 2019. With oil prices forecast to decline further in 2020 together with lower growth in production volumes and weaker enforcement of taxation legislation in an election year—we expect revenue to slip. From 2021-23, however, we expect to see a recovery in oil prices, combined with increased output volumes and modest growth in the non-oil economy, causing government revenue to rise in 2023,” the report said.

DISCLAIMER: The Views, Comments, Opinions, Contributions and Statements made by Readers and Contributors on this platform do not necessarily represent the views or policy of Multimedia Group Limited.
Tags:
Fiscal Laxity
IMF